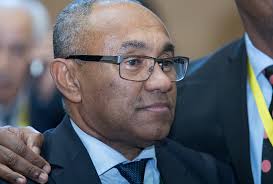 August 1 – Confederation of African Football  president Ahmad Ahmad says African football is making improvements in its fight against corruption despite a string of recent cases including the suspension of his former vice-president Kwesi Nyantekyi who ran the Ghanaian federation.

Elsewhere Nigeria’s Football Federation has confirmed it is investigating allegations of bribery against Salisu Yusuf, a prominent member of the country’s coaching team.

Ahmad has refused to comment on individual cases but told the BBC his region is not standing still.

“Maybe it is visible in some countries in Africa but believe me I’m sure in all sectors and all countries there is corruption,” he said.

Ahmad, speaking at the Cosafa Under-17 final in Mauritius, said CAF has already seen through many reforms since he took over the leadership 16 months ago.

Ahmad plans to meet Minister for Youth and Sports of Ghana, Isaac Asiamah next week to discuss the current crisis in the country where the federation is virtually defunct.