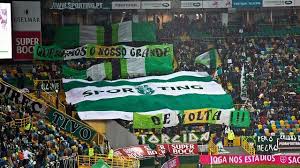 August 3 – Sporting Club de Portugal have filed a complaint to FIFA and the Court of Arbitration for Sport (CAS) seeking €197 million in compensation for three players who terminated their contracts at the end of last season and subsequently signed for other teams as free agents.

In May the club missed out on Champions League qualification in the final day of the season, promoting an attack by up to 50 angry fans on the club’s training ground.

Nine players decided to quit the club as a result citing personal safety as their reason for leaving.

Those players included Portuguese Rui Patricio goalkeeper who has signed for the Premier League’s newly promoted Wolverhampton Wanderers, Portuguese winger Gelson Martins who has signed a six-year contract with Atletico Madrid, and Daniel Podence who has joined Olympiakos.

Not all players who terminated their contracts with the club went for free. Midfielder William Carvalho joined Real Betis for €20 million, an agreement that looks likely to play in Sporting’s favour as they seek compensation for the other leavers.

Sporting are reluctant to speak about the complaint except to confirm that they have prepared cases. “We can confirm that Sporting filed a complaint to FIFA and CAS regarding the former Sporting players Rui Patricio, Daniel Podence and Gelson Martins and the clubs they represent at the moment,” said Sporting press officer Jose C Ribeiro to ESPN.