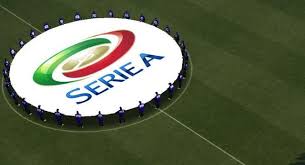 August 8 – Sports agency IMG, that is rapidly expanding its broadcast capability, has launched Serie A Pass for OTT subscribers.

The broadcast package will include live coverage of every game, match replays and magazine and archive programming. Subscription cost will vary geographically with the initial launch in Euros, Dollars and Indian rupees being appropriate to each territory. Monthly charges will be €7.99; $8.99 and ₹299 Indian rupees. Season-long passes will cost €49.99, $59.99 and ₹999.

IMG own the international rights to Serie A and the Serie A Pass will be available initially in 20 markets via seriea-pass.com and available on desktop, tablet and mobile and via Apps on IOS and Android devices.

Chris Catling SVP of OTT, IMG Media, said: “Serie A Pass is a pioneering product offering stand-alone direct to consumer distribution for the first time for a major European football league. We will be delivering the very best live action from Italian football direct to the fans of Serie A around the world. We fully expect this service, which will give the league a direct dialogue with their audience, to grow and become a key part of the league’s media strategy going forward.”

ESPN pick up Serie A rights

While the OTT proposition broadens the league’s global broadcast footprint, particualrly in markets where the broadcasters can’t support significant rights fees, IMG has still secured territory-specific broadcast sales including with ESPN and ESPN+.

Described as a multi-year rights agreement in the US, ESPN+ will air more than 340 matches per season with an average of nine matches live each week from August through May. ESPN networks will televise a Serie A TIM Match of the Week and close to 40 matches per season.

Most matches will be on ESPN and ESPN2, and the Match of the Week will also be available in Spanish on ESPN Deportes.