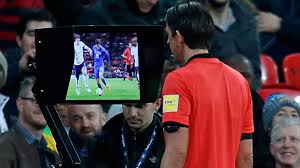 August 14 – Defending champions Bayern Munich and Hoffenheim kick off the new Bundesliga season this week and will be the first test of Germany’s reworked approach to the usage of the video assistant referee (VAR) system and technology.

Trialed in the 2017/18 season with pretty much universal criticism from fans, players and managers, the DFB and DFL, have announced a raft of VAR reforms to improve a system, which struggled with confused and often incorrect implementation of the laws of the game.

“There were difficulties initially during the first half,” acknowledged DFB’s head of refereeing Lutz Fröhlich,

“Not everything was totally optimal. It was, thank God, put to better use in the second half.”

“Referees began making decisions on the field and did not rely on VAR,” said Fröhlich. ”They operated under the motto: the referee is responsible if the VAR gets used.”

In spite of the improvement, VAR remained deeply unpopular with the media and fans, who often didn’t understand what was happening and were left to their own devices inside the grounds to interpret the decision-making process.

The four different graphics will correspond to the four different reviewable VAR situations: goals, penalty decisions, card changes and mistaken identity. These will be shown after the decision has been reviewed. On TV, the broadcast will show replays of the incident, one showing the referee and one showing the video assistant centre in Cologne, the three-perspective viewing experience similar to the one shown during the World Cup.

The Bundesliga won’t show VAR replays on the big screens in the stadium, a feature at this past World Cup.

“We know that people work as VAR and that there isn’t 100 percent perfection,” said Fröhlich. “We can therefore decidedly say that we want to improve when it comes to the quality of making decisions, avoid the issues from the first half [of last season] and improve upon the second half.”