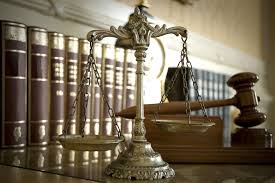 August 15 – FIFA has moved swiftly to counter criticism of its Ethic processes following global outcry over the removal of the word ‘corruption’ from its updated Ethics Code, and the worrying (if not frightening) introduction of a new ‘defamation’ offence, being widely talked about as a new law for cover-up.

Ever since FIFA president Gianni Infantino removed the ‘independence’ of its ethics body at its May 2016 congress in Mexico City by making key appointments subject to FIFA approval (initially only for a year), the ethics body has widely been perceived within FIFA and its federations as a selective and powerful political tool (and protection) for the president and his men (plus a few women).

The removal of the word corruption from the ethics code (previously bribery and corruption in the English, German and Spanish languages, now just bribery) suggests that many of the broad range of crimes covered by corruption may no longer be covered as an offence (except perhaps in French-speaking territories where the word ‘corruption’ is still in the code).

FIFA in a press clarification says that: “This change in the title of the article has no material impact on the actual infringements that are pursued (as can be seen by comparing article 21 of the 2012 edition with article 27 in the 2018 edition). The same conduct that was punishable under the previous code is still punishable today under the new one.”

So if that is the case why remove the word which publicly (and to the generally non-legally trained and too often corrupt FIFA membership and executive) indicates a far more serious range of crime FIFA legislates for?

It might be semantics but it was a similar argument put forward in 2016 regarding ethics committee ‘independence’. A word that was found to have a sharp and bloody edge for the independently appointed chief investigator Cornel Borbely and chief judge Joachim Eckert. FIFA’s integrity track record under the new broom of Infantino is not one that has covered itself in, well, integrity. Just ask Portuguese judge Miguel Maduro who having been brought in under the new regime, was rapidly shuffled out the door with the rest of his committee when Russia’s Vitaly Mutko was, inevitably, banned.

The 101 of engineering a state cover-up

It is a wording that could have come straight out of a Soviet-era special police handbook. “Persons bound by this Code are forbidden from making any public statements of a defamatory nature towards FIFA and/or towards any other person bound by this code in the context of FIFA events,” says the article. So much for free speech or even rational debate.

So, the strong message from both the new code and FIFA’s clarification is that there is no corruption and no reporting of it. Whistleblowers blow at your peril is the message because “we will hunt you down, fine you, remove you and generally make your life a misery” is the message from FIFA’s new integrity world.

In its clarification FIFA incredibly explains the new rule in the same breath as the introduction of a (very much needed) rule on match-fixing.

FIFA’s clarification describes “defamation (the act of communicating false information that harms the reputation of an individual or a group). The Ethics Committee considered that such a prohibition, which exists in most legal systems and which was not contained in the previous code, needed to be included in the Code of Ethics.”

So why not leave it with the civil courts in this case as defamation goes far beyond a FIFA sanction? Or even, why not just dispense with the Code of Ethics completely as the more it is tinkered the more silly and self-serving for FIFA’s elite few it is starting to look.

There is some good stuff in the new code – stuff that generally has no bearing on political influence. Match manipulation is one and the introduction of plea-bargaining looks interesting and could be helpful. But overall it is coming over as a dangerously flawed code for the sport and its administrators, most of whom are trying to do the right thing.

“The revision was initiated with the intention of guaranteeing greater opportunities for transparency and understanding of the respective proceedings. The goal of the new leadership of the Ethics Committee was also to clarify some articles and definitions and to be more specific with respect to the conduct that is expected from persons bound by the code,” said FIFA’s clarification.

Oh yes Gianni, I think everyone has got the message. Next stop, renaming of the world’s favourite game from Association Football (in English), to Association Infantino – you know it’s coming and it would make the political landscape so much clearer to navigate.