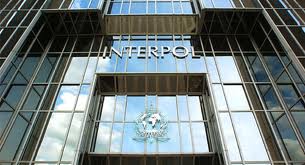 August 21 – An Interpol-led operation during the World Cup led to thousands of raids against illegal gambling conducted throughout Asia and a string of arrests, according to the organisation.

Operation SOGA VII (short for soccer gambling) saw more than 14,900 raids at illegal dens across China, Hong Kong, Macao, Malaysia, Thailand and Singapore, estimated to have involved some $1.6 billion worth of bets.

Coordinated by INTERPOL’s Organized and Emerging Crime Directorate, the operation produced 242 arrests in Hong Kong alone while during the month-long initiative police seized more than $1.7 million in cash as well as 1,000 computers and mobile phones which are being analysed to support ongoing investigations.

In Macao, police received intelligence that a criminal network had set up an illegal gambling ring targeting betters in mainland China and 16 individuals – including the suspected ringleader – were arrested.

“Participating jurisdictions made the most of our solid collective experience of six previous SOGA operations which enabled us to clearly anticipate links between Asian betting syndicates and their illegal counterparts operating beyond Asia’s borders during the World Cup,” added Man, who also serves as chairman of INTERPOL’s Asia-Pacific Expert Group on Organized Crime.

“Such online platforms have brought an international dimension to the phenomenon and are often located in jurisdictions with few regulations on sports betting, presenting additional challenges for police. A coordinated international response is necessary to tackle this type of crime, especially as it moves from gambling dens to internet-based illegal betting operations,” said Stanfield.