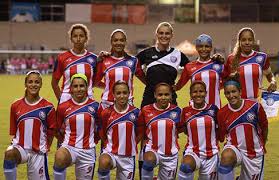 September 4 – The Puerto Rican women’s team have protested against their working conditions in a friendly international against Argentina, demanding the Puerto Rican FA (FPF) improve basic amenities so the team can reach its longterm goal of becoming internationally competitive.

The friendly match hosted in Puerto Rico was played out in front of one the largest football crowds seen for women’s football on the island. Immediately after kick off the Puerto Rican players turned their backs on the game and stood united facing the main stand, signalling that they were fed up with the FPF. They put their hands to their ears as a symbolic gesture for their claims to be heard.

“Last night, in front of one of the largest crowds on the island that has seen a women’s football game, we called on those in power to listen, this is a call for change, it’s time we received the respect that we deserve as women and athletes,” wrote player Nicole Rodríguez in a tweet, accompanied by the hashtag #DeAhoraEnAdelante.

“It was time to do something bigger and different, what we have done so far is talk to the Federation, although they listen to us, we do not see movements of action and change,” said Rodriguez after the game.  Argentina ran out comfortable 3-0 winners, but did not take advantage of their Puerto Rican counterparts protest to score. The Argentineans have been embroiled in a similar battle with their own FA.

The dispute between the team and the FPF has been ongoing since June when the team made their demands known to the FA in a letter, but the players have been upset about the FA’s lack of action. In the letter the players expressed their concern about the direction the women’s game was taking in Puerto Rico.

They wrote: “In the past, when we as players have asked for international friendly games or to participate in training trips, the answer has always been that ‘There is not money.’ Mr. President, this is not possible. Each year, for the last eight years, FIFA has given the FPF $400,000 for youth and women’s soccer. Throughout this time, the PRWNT has not played even one international friendly game. We ask again, where are these funds?”

In a reaction the FPF’s president Eric Labrador said he didn’t understand the players’ protests and explained that the devastation caused by hurricanes Irma and Maria had affected the FA’s funding, a line of reasoning the FPF has invoked in the past. “In spite of everything that happened in Puerto Rico because of the hurricanes, the work has been done; we have given them all the support we have had at our disposal,” said Labrador.

He said that the FPF will published a report “of all the investment we have made, from 2011 to the present, with all the international matches, with all the blankets and with a detail of how the money invested. ”

The Puerto Rican women’s team is ranked 99th in the world. They have been eliminated from World Cup qualifying for France 2019 and have no further games scheduled this calendar year.