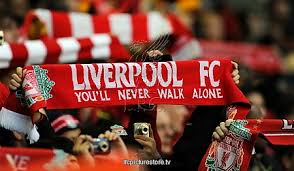 The Chinese water firm mines glacial water from the Tibet mountains and sells via its flagship Tibet 5100 Glacial Spring Water brand throughout China and increasingly in Asia. As part of their sponsorship Tibet Water receive a package of marketing and promotional rights, including digital and social media support and access to players.

The sponsorship very quickly came under criticism from pro-Tibetan sympathisers including from a group of 25 British MPs who wrote to the club saying the sponsorship was “not consistent with the values promoted in the club, and we are calling on Liverpool FC to terminate the agreement.”

Liverpool’s first matchday programme of the 2018/19 season did not carry the Tibet Water logo, and the company’s branding had also disappeared from Liverpool’s website.

The Free Tibet non-governmental organisation confirmed in a tweet on Saturday that Liverpool have now dropped the sponsorship, which designated Tibet Water as the club’s official regional water partner in China. Liverpool have yet to make a statement.

Football in Tibet barely registers in China, though before its occupation by China it was played with a number of popular teams in Lhasa, Potala, and Drapchi. More recently there has been a semi-professional regional team from Kham that plays in the annual tournaments between the different regions of China.

Some of the players of the Kham team went into exile in India (where the Tibetan government and the Dalai Lama sit in exile) and joined the Tibetan National Football Association (TNFA). The TNFA holds headquarters in Dharamsala, the same city where the Central Tibetan Administration of the 14th Dalai Lama is based.

FIFA does not recognise the TNFA.