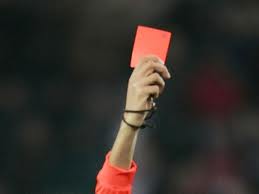 September 18 – Ghana has meted out bans to dozens’ more officials in the wake of the country’s damaging matchfixing scandal.

The Confederation of African Football (CAF) last month handed life bans to one Ghanaian official and 10-year bans to seven others.

That followed the broadcast of hidden camera footage in June that showed officials taking bribes, including the then second most powerful official in African football,  Kwesi Nyantakyi.

Nyantakyi, head of the Ghanaian FA and a vice-president of CAF,  stepped down following a television documentary in which he was seen apparently accepting a gift of $65,000 from an undercover reporter. He is currently under suspension while FIFA investigates corruption allegations but has denied any wrongdoing.

The Referees Association of Ghana met on Saturday and confirmed the CAF rulings. But it also said the number of referees and assistant referees banned for life was now eight while 53 officials were subject to 10-year bans. Those sanctioned have 14 days to appeal. Fourteen officials were exonerated, said Mensah.

The revelations have rocked Ghana, which at one stage was in danger of having its federation wound up before FIFA  intervened and set up a normalisation committee to implement reforms.

In a statement RAG said those facing lifetime bans “were found culpable for seriously breaching various portions of Disciplinary Code, Code of the Ethics and Regulations of the football controlling bodies by their actions and inactions.”