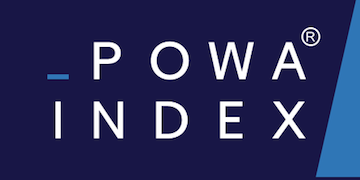 October 8 – Premier League clubs make up six of the top 20 most commercially valuable sports rights-holders worldwide, but are behind Real Madrid and Barcelona globally, according to the newly launched POWA Index, a real-time sponsorship evaluation engine.

The NBA sits tops of the ranking and is separated fourth place NFL by the two Spanish giants. The Premier League ranks fifth, one place ahead of its top club Manchester United.

The Champions League ranks eighth and the fast growing LaLiga ninth. They are all ahead of Major League Baseball, Formula1 and Indian cricket’s IPL. At 15th the FIFA World Cup ranks just ahead of them both,

Overall, football is the leading sport in the POWA Index with 13 rights-holders in the top 20, with the only US sports club brand in the Top 20 being the New England Patriots. However, looking at the top 50 ranking by country, the US dominates with 26 entries, followed by England with nine.

“Cristiano Ronaldo’s arrival at Juventus (Jeep, adidas) propelled them into 12th but they are the only Italian club in the top 20.  It’s a similar story for Ligue 1 (Paris St Germain in 14th – Qatar Airways) and the Bundesliga (Bayern Munich in 20th – T-Mobile, Allianz),” says a POWA Index release.

POWA Index Commissioner, Michael Flynn, commented: “What is clear is that sport is becoming more global than ever and the Premier League and its clubs should be actively trying to learn from the NBA and the NFL, while the American sports can gather insights into football’s approach to growing its fan-base around the world.” 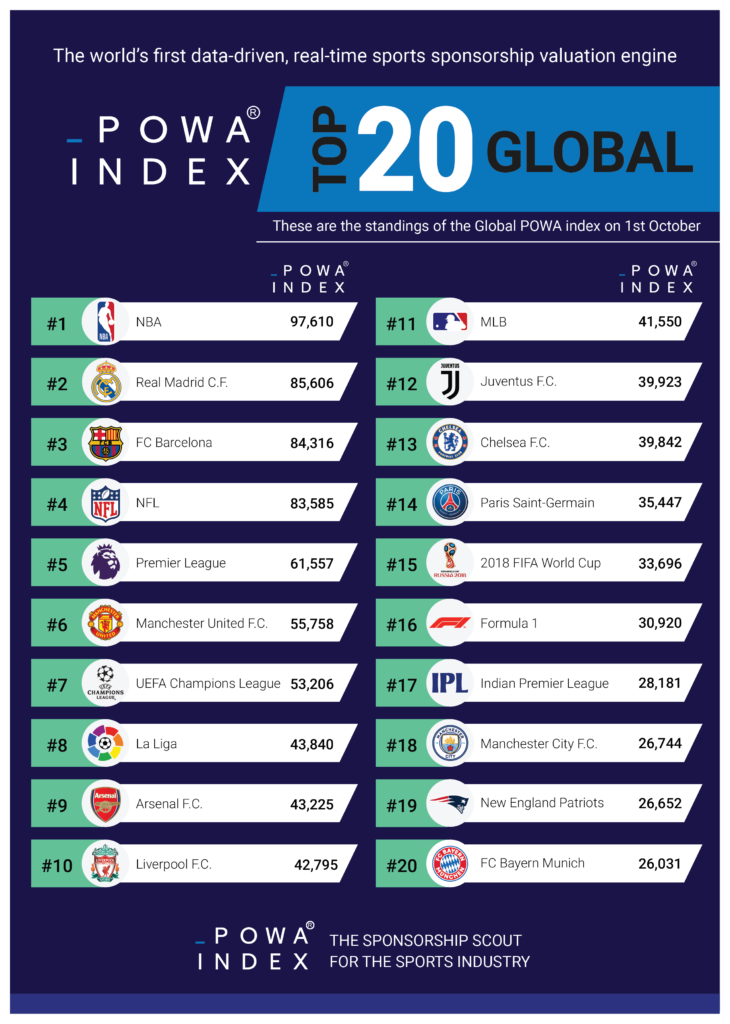 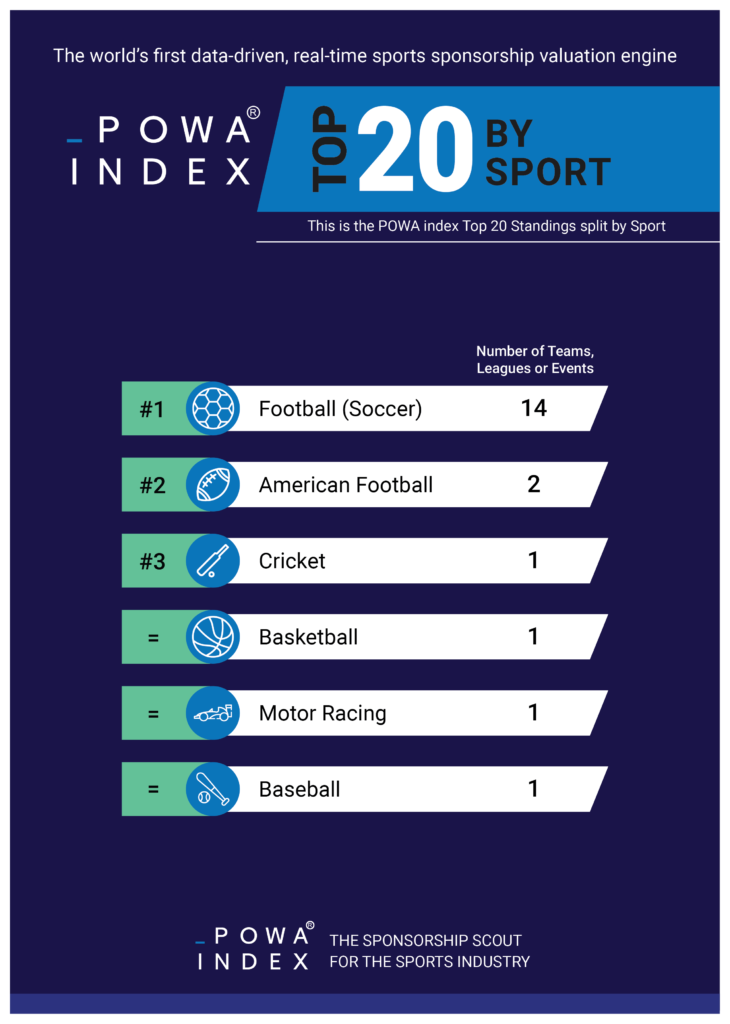 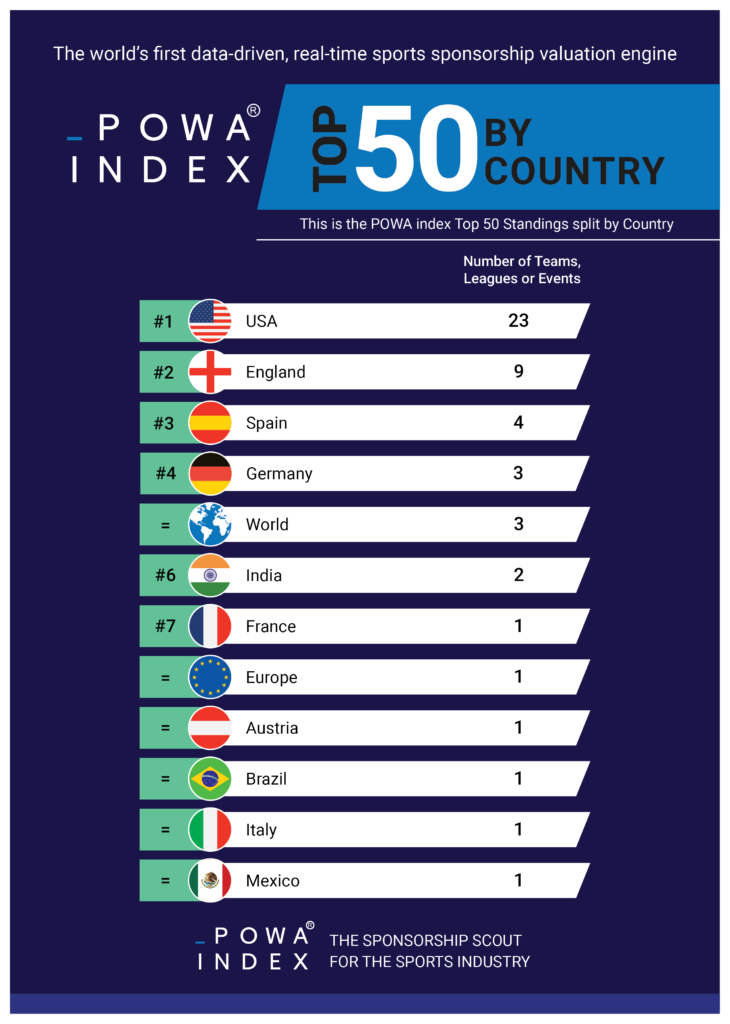