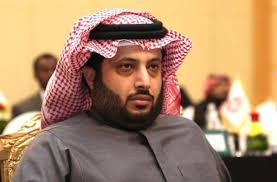 October 8 – Saudi Arabia has aggressively been building a portfolio and presence in football, but in Egypt the kingdom’s efforts to exert influence have backfired as the meddling of Saudi sports minister Turki Al-Sheikh hasn’t been received well by local administrators and fans.

Turki Al-Sheikh has quickly risen in Saudi Arabia to become one of the region’s new power brokers, with the full backing of the royal house. In Egypt, Al-Sheikh had wrestled to take control of Al-Ahly, one of Egypt’s most prominent and storied clubs, but his attempts failed. Instead he bought Al Assiouty Sport in the summer and renamed the club Pyramids FC. Botafogo’s Alberto Valentim was named manager, Hossam El Badry as chairman. Egyptian fans and administrators accused Al-Sheikh of deliberately undermining the country’s football structure and the Al Ahly club in particular.

Al-Sheikh had been appointed honorary president of Al-Ahly, but he quickly dispensed the ceremonial part of his role and meddled in the team’s development, recruiting players for Saudi clubs.  Under Al-Sheikh’s ministry the Saudi league has received increased financial backing, allowing local clubs to shop heavily over the summer. However the Egyptians were not impressed.

“No one, no one at all — with all due respect to Turki or no Turki … will be allowed to interfere in the club’s affairs,” said Al-Ahly chairman Mahmout el-Khateib earlier this year.

Al-Sheikh, who in the past angered Egyptians by stating he hoped that Mo Salah would not recover in time for the World Cup, wrote on Facebook that “everyday a new problem emerges.”

He has since announced that he will stop his spending in Egypt. The club’s TV channel has ceased broadcasting while Sela, a Saudi company, has terminated its sponsorship deal with Al-Ahly, according to the AP.