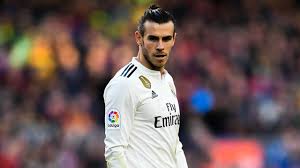 October 30 – Gareth Bale is the latest Spanish-based star to fall foul of the country’s tax authorities after being fined €337,000 for image rights issues.

The fine followed an investigation by the Spanish Tax Authority which found the footballer was using a UK company – Primesure Limited – to avoid paying taxes on his image rights in Spain. Bale is reportedly a director of the company.

According to El Mundo, the authority found Bale failed to pay the requisite in tax in 2013, the year he joined from Tottenham, and reported the Welsh international has already appealed.

Luka Modric, Marcelo, Karim Benzema and Sergio Ramos have all experienced similar issues while at Real Madrid. However, the authorities are apparently not treating Bale’s tax offence as a fiscal crime, in contrast with the probes into the tax affairs of former teammate Christiano Ronaldo and Barcelona’s Lionel Messi.

Although Bale was not a Spanish tax resident in 2013 the Spanish Treasury say commercial income while playing for Madrid that year should have been taxed.

“As a UK citizen resident in the EU, Bale is perfectly entitled to use a company established in his country of domicile to hold and manage assets, in this case his image rights.”

“Moreover, the Spanish authorities appear to disregard the rights of an EU citizen to establish themselves within the EU. Such frivolity towards the rule of law and due process should be deeply troubling to all Spanish and EU citizens.”