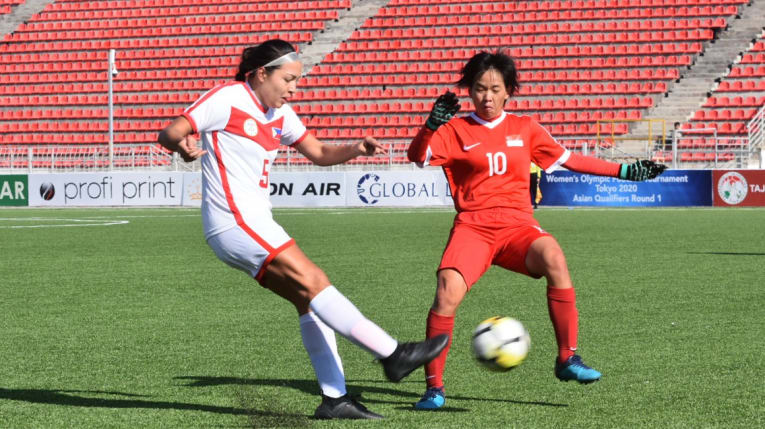 November 7 – The first matches the Asian qualifiers for the 2020 Tokyo Olympic Games women’s football competition have begun with Philippines being the fastest off the mark with a nine goal win over Singapore in the opening game.

The four group winners in the qualifying tournament, and the two best performing runners-up, will join Uzbekistan and Vietnam in the second round of qualifiers to be held next April, with the final eight teams – including Australia, China PR, DPR Korea, Korea Republic and Thailand – to compete in early 2020.  Japan, as Olympic hosts, will qualify automatically for the 2020 finals.

As well as Tajikistan, Thailand, Myanmar and Palestine are hosting groups in this first round of Tokyo 2020 qualifiers. Myanmar and Palestine will play in their home groups, while Chonburi, Thailand will be the neutral home base for Group B, which contains Islamic Republic of Iran, Hong Kong, United Arab Emirates and Lebanon.

Play in the these groups starts in two days time.