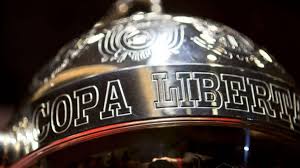 December 3 – So where now? After Conmebol  finally agreed  to play the second leg of the twice postponed Copa Libertadores final between Boca Juniors and River Plate in Madrid on December 9,  River Plate have objected to the venue saying the decision is “incomprehensible”.

Conmebol came up with Real Madrid’s Bernabeu stadium as a compromise following the assault on the Boca team bus that left injured several players and plunged South America’s most prestigious club fixture into disgrace.

Both sets of supporters are to be given an equal allocation of 25,000 tickets for the match in the Spanish capital even though originally away fans were barred from both legs. Boca were held 2-2 in the first leg when River Plate fans were barred.

Boca’s appeal to be awarded the trophy by default has been rejected but now it is River Plate who are up in arms though it is unclear whether they are actually prepared to go ahead or not in what would technically be their home leg.

“River Plate reject the change of venue,” the club said in a statement.  “The club understands that the decision (to play in Madrid) … adversely affects those who bought tickets and also upsets the idea of equal conditions by taking away home advantage.”

“Argentine football as a whole and the Argentine Football Association cannot and should not allow a handful of violent [fans] to impede the Superclásico taking place in our country.”

The club said moving the final of the Copa Libertadores – the South American equivalent of the Champions League – to Spain “distorts the competition.”

“It’s incomprehensible that the most important match in Argentine football can’t happen without issues in this very country, days after it hosted the G20 summit,” read the statement. “Argentine football, along with the federation, can’t allow that a handful of violent citizens halt the Superclasico’s development.”