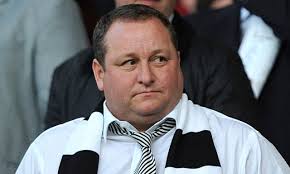 While a deal is understood to have been agreed in principle for £300 million to be paid in staggered amounts, the terms still require negotiation and with Christmas breaks coming up, the time to complete contract negotiations is getting short.

For club the impact will be on any potential player acquisitions in the transfer window. Ashley will be reluctant to spend money if he is selling, while Kenyon and his investment group, already committing to staggered payments, might not have the funds available to aggressively spend on the players manager Rafael Benitez wants to bring in.

With Newcastle hovering just outside the relegation places, it adds a wrinkle to the negotiation and the potential price should Newcastle come under serious threat of relegation from the riches of the Premier League.

The Premier League also have to approve any new club owners.

This time last year Ashley was in negotiation for the sale of the club with Amanda Staveley and her PCP Partners Group. That bid fell apart when Staveley’s offer of £250 million was rejected by Ashley.

Ashley has previously questioned whether Kenyon can put the funds together. Kenyon is reportedly working with Rockefeller Capital Management in the US. It was also rumoured he was up against a second billionaire bidder (identity unknown) who has promised £300 million in a lump sum. That bidder now seems to have dropped away in favour of Kenyon’s consortium who have been given access to management accounts and a deeper dive into the club’s finances.

If the deal is completed before the transfer window closes, and the premier League rubber stamp it, then Kenyon’s contacts within the player agency business are strong enough to trigger immediate activity. As well as previously being CEO of Manchester United and Chelsea, he also led agency group CAA in Europe, building strong relationships with Jorge Mendes and investing in player rights holding funds.