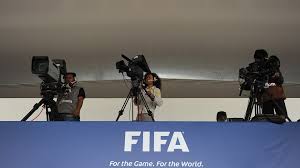 If there is one message to FIFA from the TV viewing figures for Russia 2018, it is that, if it wants to attract even bigger audiences, it must hope for, or somehow engineer, greater diversity in its crown jewel’s final stages.

This year’s competition featured six European squads in the quarter-finals. By the semi-finals, it was a private European affair.

Contrast this with Brazil 2014, whose latter stages featured four Europeans, three South Americans and Costa Rica; or South Africa 2010 (in a not dissimilar time-zone to Russia) – four South Americans, three Europeans and Ghana.

The way this was reflected in audiences is spelled out deep in the colourful summary FIFA circulated on December 21.

This for a tournament in what should have been a less inconvenient time-zone than Brazil 2014 for Asian viewers, and that produced growth at both the group stage (up 3.8%) and the Round of 16 (up 8.4%), ie across the majority of the 64 matches.

Of course, the numbers themselves are still phenomenal: average live match audience for this year’s final between Croatia and France is put at 517 million, against 545 million for Germany versus Argentina in 2014 and 489 million for Holland versus Spain in 2010.

Making comparisons from tournament to tournament across a four-year gap is not always easy.

For Russia 2018, what we have to go on so far is a 17-page summary sourced in the main by Publicis Media Sport & Entertainment. The 2014 details are culled from a 79-page television audience report authored by Kantar Media, itself part of the WPP Group. So one has to be wary of comparing apples with oranges – particularly in view of the transformation in consumption of sports content, live and otherwise, on devices other than a television-set that has taken place over the intervening period.

Those average live audience trends for the quarter-finals onwards are for in-home viewing only. So it seems possible that the 2018-versus-2014 declines might also be attributable in part to evolving, tech-enabled viewing habits.

In estimating that 3.57 billion people watched at least a minute of Russia 2018, the latest report also estimates that just under 310 million individuals who did not watch anything in-home, did see coverage on digital platforms, in public viewing areas or in bars and restaurants.

As the report says, “this represents an uplift of 9.5% on the linear TV audience”. The document confides too that “uplift to reach, from digital and out-of-home viewing, has been estimated using research carried out in 22 markets by Nielsen on behalf of FIFA”.

The 2014 Kantar report states that it “examines only television audiences”, while acknowledging that the World Cup is “available to audiences via other media forms”. Similarly, out-of-home viewing “is not considered in detail”.

The document does, however, devote a page to FIFA-commissioned analysis of out-of-home consumption by Ipsos Marketing. This pointed to an uplift of 9.8% for the 2014 final in 16 key markets.

Kantar also states that “a projected 280 million people were reached by dedicated 2014 FIFA World Cup Brazil match content online or on mobile. This equates to 9.6% of the global internet population in 2014.” It describes this as “a conservative estimate”.

Just under 1.6 billion members of the population of Asia were reached by 2018 World Cup coverage, with China contributing “by far the largest portion of reach” with 655.7 million viewers.

The new summary does not specify how long these Chinese viewers watched for, although I think it is probably a minimum of one minute.