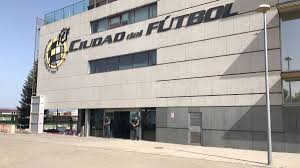 February 26 – Spain’s hopes of gaining UEFA support for a 2030 World Cup bid has taken a potential political hit after European football’s governing body stripped them of hosting qualifying games of the Under-17 European Championship for refusing to recognise the national symbols of Kosovo.

Spain was due to host Group Five matches featuring its own team as well as Greece, Kosovo and Ukraine.

However, following UEFA’s announcement to strip Spain of the hosting rights, the matches will most likely be played in Switzerland next month.

UEFA said it decided to relocate the four-team matches from the Spanish cities of Benidorm and Alcoy because “the national symbols (flag and anthem) of Kosovo are not authorized” by the Spanish government, which doesn’t recognise it as an independent state.

The Spanish city of Bilbao is also one of 12 cities selected by UEFA to host the 2020 pan-Continental European Championship, with Kosovo a potential qualifier.

Kosovo’s declaration of independence from Serbia in 2008 is still not formally recognized by some European countries which have their own issues with separatist regions – not least Spain.

But the country finally won its long battle for footballing recognition back in 2016 when it became the 55th member of UEFA and unless the Spanish government changes its policy, it is hard to see how Spain, which has expressed an interest in hosting the 2030 World Cup with neighbours Portugal and/or Morocco, can gain sufficient support among UEFA members.