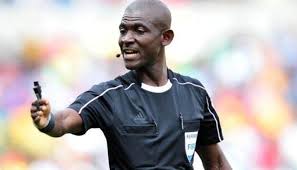 February 27 – Yet another African referee has been banned for life for match-fixing in the latest sanction to heap ignominy on the credibility of the Continent’s officials.

Without giving details, FIFA says Mbaga breached the 2009 version of its code of ethics even though their investigation was opened only in July last year.

Mbaga has reportedly been linked to the world’s most notorious match-fixer Wilson Perumal whose schemes included rigging warmup games featuring South Africa before it hosted the 2010 World Cup.

Mbaga had been on FIFA’s international list of referees approved to handle national team games.

In a subsequent email to Reuters, FIFA said that Mbaga “accepted bribes to manipulate several national and international matches between 2009 and 2012.” It did not give any further details.

Mbaga told Reuters from Dar es Salaam that he was questioned by FIFA in 2010 but had not heard anything from them since and knew nothing about match-fixing.

“This is a shocking news to me. I don’t know anything about me being banned to participate football activities for life. I really don’t know this,” he said.

“I know FIFA was doing an investigation and the last time they came to interview me about the issue was in 2010. I told them openly that I don’t know anything about match-fixing and I have never heard anything from them since then. For now, I cannot say anything as I don’t have clear information.”