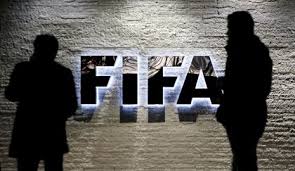 March 21 – The winners of this year’s Women’s World Cup in France will get prize money of $4 million, fractionally less than the combined total of Gianni Infantino and Fatma Samoura’s salaries in 2018.

The newly-published FIFA financial report contains a breakdown of how the $30 million in total prize money will be divvied up between the 24 finalists in the tournament to be held in June and July.

A different document, FIFA’s 2018 governance report, gives details of the “compensation” paid to the governing body’s president and secretary general.

The salary component of said compensation for the two officials in 2018 came to a combined total of $4,074,134.

Both also benefited from the same flat-rate allowances of $24,319. FIFA also made employer contributions for social security, pension funds and accident/illness insurance for the pair totalling a combined $372,000.

The prize money total for France 2019 is double the $15 million paid out at the last Women’s World Cup in Canada in 2015.

FIFA has also introduced preparation money for the 24 qualifiers. This will total $11.52 million and be used to support organisation of preparation matches.

An $8.48 million club benefits programme is being introduced too, taking the governing body’s overall contribution to the national associations and clubs of participating players to $50 million.

The prize money increase was not enough to stave off criticism from FIFPro, the world players’ union, when it was announced last year.

Total prize money at the Russia 2018 men’s World Cup was $400 million, with winners France getting $38 million and even the 16 teams knocked out at group stage pocketing $8 million each.

Details of the France 2019 allocations come as a row over equal pay for the national women’s football team in the United States continues to rumble.