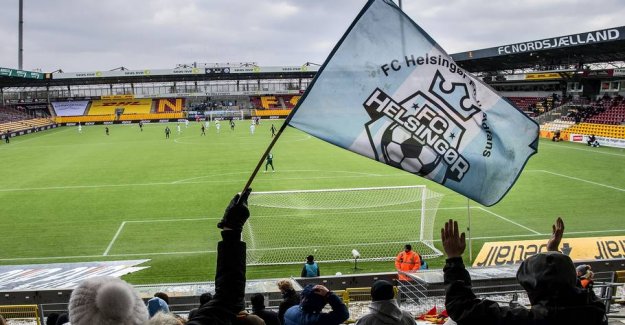 April 2 – An American investment group led by Jordan Gardner has acquired a majority share in Danish second-tier club FC Helsingor. Gardner is a minority investor in Swansea City and wants to use the Danish outpost to develop American talent.

The consortium is believed to include four other business partners with ties to football in the United States and elsewhere. Gardner also has a stake in Irish club Dundalk FC. No figure was given for the Helsingor acquisition.

“I’m incredibly excited to complete the acquisition of a majority stake in FC Helsingor,” said Gardner. “The ownership group we have assembled is as strong as any you will see in global soccer, and we are eager to leverage the connections and expertise we have to make Helsingor the next hub for football talent development.”

With Denmark’s relaxed foreign player restrictions, the new ownership of the club plans to install young American players in the academy as a stepping stone to later joining the first team. Gardner is convinced that FC Helsingor will represent a good pathway for American players to get meaningful first-team action. He then wants to turn Helsingor into a feeder club for Europe’s top teams.

“So rather than having a team in the Superliga or Norwegian first division, we want to find a club with the right recipe that we can come in and execute our model.”

Helsingor was founded in 2005 and last season played in the Danish topflight, the Superliga. Currently, they are second from bottom in the First Division.