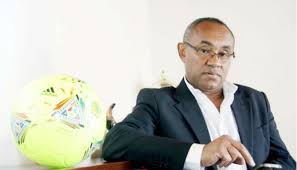 April 12 – CAF president Ahmad Ahmad, surrounded by multiple allegations of financial corruption and confederation mismanagement, is also facing multiple charges of sexual harassment from both CAF staffers and consultants brought in to work on CAF events under his tenure as president.

Insideworldfootball has seen copies of a police report filed in the UK alleging harassment in Morocco as well as a letter sent from the Confederation of African Football (CAF) secretariat to FIFA bringing to FIFA’s attention complaints by four separate CAF staff members of Ahmad’s persistent harassment.

All of the women are muslim, many of them married. Ahmad’s appetite, according to insiders, has no boundaries with off-the-record reports to Insideworldfootball of many other attempts by Ahmad to pressure women to come to his hotel room as he has travelled on African football business.

On the record there are five cases now against Ahmad, four of them before FIFA which have yet to be acted upon, or commented on or even acknowledged by FIFA.

Ahmad’s sexual harassment activity is not a sudden change in behaviour but goes back to 2017 when he was elected as president of CAF. That he has lasted this long before the rumours become official complaints points to multiple cover-ups by officials, especially in Morocco, and a reluctance by FIFA to act against one of president Gianni Infantino’s staunchest supporters.

Because the victims are Muslim, most of them, because of their religious culture, are afraid to come forward for fear that they will be blamed for Ahmad’s behaviour and stigmatised, or worse, as a result.

The failure of FIFA to act to protect women from this behaviour is almost as scandalous as the behaviour itself. What is emerging is not a single isolated case but a clear pattern of behaviour over a long period of time.

Meanwhile Ahmad, who yesterday purged his full time CAF secretariat of its Egyptian general secretary Amr Fahmy – replacing him with his Moroccan fixer and former government diplomat Hajji Mouad – remains in even more dominant control of CAF supported by an executive committee that has some dissenting voices within it, but not enough will power to tackle the issues. This is despite them being fully aware of all the corruption and sexual harassment allegations against Ahmad.

The complaint to FIFA was made by CAF’s full time secretariat and sent to FIFA Ethics’ investigatory chamber formally on April 7. The official, whose name is redacted in the copy seen by Insideworldfootball, is presumed to be sacked former general secretary Fahmy:

At press time FIFA had not confirmed that they had receipt of the complaint.

While these complaints refer to CAF employees, Ahmad’s harassment has not been confined to staffers.

Insideworldfootball has spoken to one CAF contractor living in the UK and who holds a British passport, who, as an Arabic speaker, was drafted in to help with translation work at the CAF symposium in Rabat, Morocco, in June 2017. She has asked that at this stage her name is kept confidential but tells of how she was propositioned by Ahmad twice, once during the conference and once in the lift of the conference hotel.

In the incident in the lift in the Sofitel in Rabat, Ahmad had pushed himself close to her and asked her to come to his room. When she protested and said she would make a complaint he replied that he was the president of CAF and what did she think was going to happen.

The response from Ahmad is a common one he uses when women object. In the case of the British woman, she refused to return to the conference and left the country. But for others, reliant on their job in CAF for their family income, their situation became much more difficult and unpleasant as Ahmad sidelined them in their jobs if they refused. In some cases they were fired.

Sara Kamel, who worked in Ahmad’s office as an assistant, was reassigned in her role before being let go.

The British woman, who has no involvement in football, returned to the UK and “decided to move on with my life”. It was only when she heard the stories of similar harassment of other woman by Ahmad that she decided that unlike them, she was in a position to do something and decided to file her own report to the Metropolitan Police in Islington, London.

That report was filed in early April. The response from the police was: “In the United Kingdom this allegation would be investigated as a sexual assault (Section 3 Sexual Offence Act. However this offence has occurred in Morocco which is not part of the United Kingdom or Wales. Unfortunately the Metropolitan Police do not have any legal jurisdiction over offences that happen outside of the UK. A request has been made to transfer this report across to the Moroccan authorities.”

While this is not an unexpected response, what the complaint has done is put on police record Ahmad’s behaviour. And while the British police may not be able to investigate, certainly CAF’s executive committee and FIFA do have the power in their statutes to take action to protect women working in football from harassment and sexual predators.

The onus is now on CAF members, their executive committee and FIFA to decide their course of action. The speed of their response will determine their wider commitment to protecting women in sport and the football workplace worldwide.