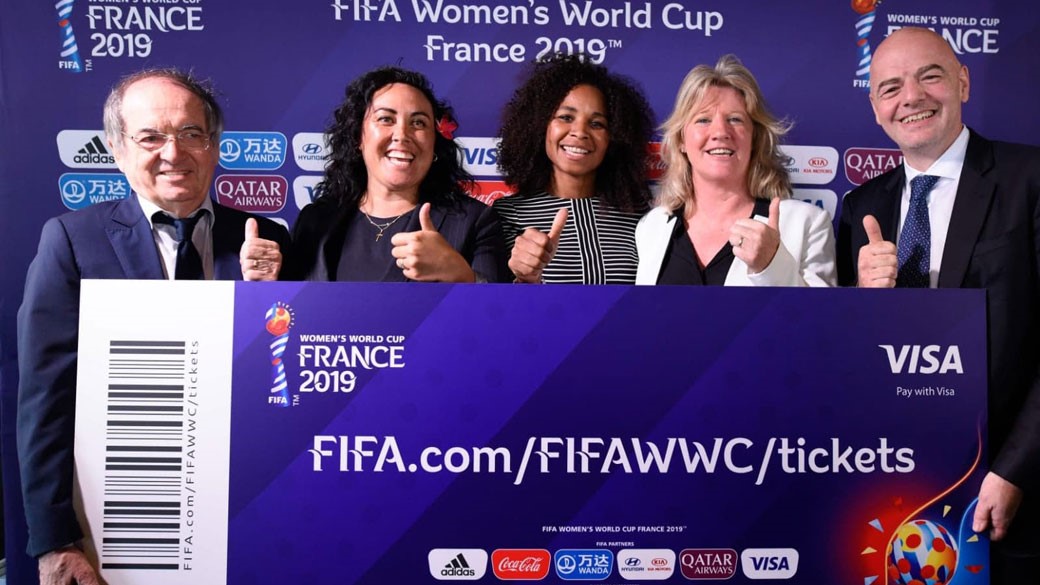 May 21 – Tickets for this summer’s Women World Cup are among the hottest in town, but some fans may find themselves sitting on their own as some group ticket buyers have been given split seating allocation for certain games.

FIFA has minimised the situation, saying that it applies to less than one percent of fans who had applied for tickets to the semifinals and final.

On Monday fans around the world received confirmation of their ticket purchases with tickets made available to print. Fans – couples, families with young children, friends – have been split up in some instances in separate rows and even different sections, causing a backlash among those who will travel to France this summer.

FIFA responded that fans had been notified of the possibility when purchasing tickets and that orders would not be modified with a specific exception for parents whose seats were not next to those of their underage children.

The governing body tweeted: “Dear fans. We have noted some of your comments, re: your tickets. When you placed your order, a message indicating not all seats would be located next to each other did appear, before confirmation of your purchase. Unfortunately we will not be able to modify your order.”

“However, an exception could be made for parents whose seats are not next to the seats of their underage children [18 years old and younger].”

FIFA also stated the situation applied to just the semifinals and final, but other social media posts by fans seemed to contradict that statement. It’s customary for most sporting events to allow groups of ticket buyers to choose seats that are together but there was a limit on the number of World Cup tickets that could be purchased by a single buyer.

Tickets for the opening game, the semifinals and the final have sold out. The tournament will run from June 7 to July 7 in nine host cities across France. Ticket prices range from €9 to €84.