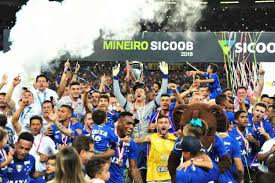 May 30 – Brazilian authorities and police are investigating Cruzeiro and its president Wagner Pires de Sa for financial mismanagement and other illegal activities.

The Belo Horizonte club have enjoyed steady results under former Brazil coach Mano Menezes winning a second consecutive state championship last month and the Copa do Brasil in both 2017 and 2018, but came under scrutiny after Globoesporte revealed a plethora of questionable management dealings at the top of the club.

Documents showed that president Pires de Sa paid a club debt of 2 million Brazilian reals ($496,000) to a businessman by transferring the economic rights of players to his company. In 2015 world federation FIFA banned third party ownership from the game. One of the players who had his commercial rights transferred was 12-year-old Estevao William – a player too young for Cruzeiro to even offer a professional contract.

Police are also investigating 369,000 reals ($90,000) paid to AV & S Consultoria Desportiva, which after a visit by the authorities to the listed address turned out to be empty premises.

The investigation has also highlighted that some Cruzeiro directors, including vice-president Itair Machado and director general Sergio Nonato dos Reis, are on inflated salaries that are considered considerably above the average for their positions. Pires de Sa has frequently been accused of buying votes to ensure he would win the presidential elections. On top of these allegations, Cruzeiro’s growing debts – from 384 to 520 million reals ($95 to 129 million) – have increased suspicion of financial mismanagement.

In an official statement Pires de Sa brushed off the report as a witch hunt by his enemies to destabiliSe the club. He said that “adversaries defeated in the election have insisted, behind the scenes, in trying to upset the ambiance of Cruzeiro, with the help of a small group, planting news together with some professionals from the national media, who have unfortunately believed in such content.”

The news has caused uproar in Belo Horizonte and beyond and soon a social media campaign was trending with the hashtag #ForaWagnerPires.

On the pitch Cruzeiro have suffered four defeats in five since the domestic league’s kick-off in April. On Sunday they were beaten at home by Chapechoense 2-1. As a result of the recent slump in form, Cruzeiro sit just above the foot of the table in 16th position.