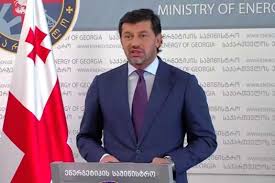 June 10 – Five players, who admitted their role in a matchfixing scam in Georgia, have all been banned. The five all play for FC Wit Georgia and have been named as Giorgi Getiashvili, Joni Sherozia, Nikoloz Maisuradze, Nodar Kiknavelidze and Paata Ghudushauri.

Kakha Kaladze (pictured), a two-time Champions League winner who is now mayor of Tbilisi, condemned match-fixing in a television interview.

“For me, as a former player, such actions are unacceptable and everyone needs to pay the price for such actions,” he told Georgian TV. “This is not sport, it is something else.”

The security service said the players were approached by an “organised group” which made 93,500 lari ($34,000) off the scam. Authorities showed video footage of what they said was the group of match-fixers discussing the game and later receiving money.