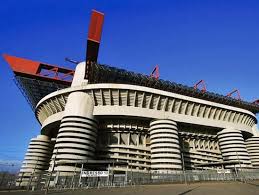 June 25 – AC Milan and Inter Milan could team up to demolish the iconic San Siro Stadium and replace it with a brand new stadium on site, according to AC Milan president Paolo Scaroni.

The city’s mayor however has cautioned against a potentially very high price tag for the new stadium project.

The San Siro is one of Italy’s and the world’s iconic venues. The stadium was opened in 1926, with AC Milan taking up residence straight away. In 1947 Inter Milan also took residence and ever since the clubs have shared the ground.

Situated in Milan’s west the San Siro rises like a colossal spaceship from the ground, but despite some of its impressive features the stadium has long been in need of refurbishment. The Giuseppe Meazza Stadium played hosts to matches at Italia 90 and in 2016 San Siro staged the Champions League final in which Real Madrid triumphed over their city rivals on penalties.

But all that history and tradition may count for little in the eyes of the Milan clubs, who have long brooded over plans to build a new stadium. “Everything is proceeding,” said Scaroni. “We will make a new San Siro together, next to the old one in the same area of land. The old one will be knocked down and in its place there will be new buildings built.”

Milan mayor Beppe Sala has in the past however indicated that he would be in favour of a redevelopment of the San Siro. Sala will consider the clubs’ final proposals, but is concerned costs could easily spiral out of control and further cause damage to the clubs’ precarious finances – in particular AC Milan’s.

“Building a new stadium will be a very expensive undertaking, but I don’t want to influence anything,” said Sala earlier in June. “I’m waiting to see the proposal from Inter and Milan. Hopefully it’ll arrive before the holidays. In my opinion, San Siro is a wonderful facility.”