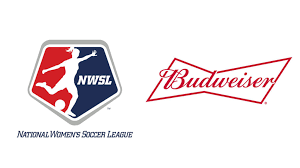 July 7 – With the Women’s World Cup ending in France with a win for the US, Budweiser has announced it is extending its women’s football sponsorship in a multi-year partnership with the National Women’s Soccer League (NWSL), the nine-team professional women’s league in the US.

“Budweiser has supported the U.S. Women’s National team for three decades,” said Monica Rustgi, Vice President of Marketing for Budweiser. “But we realize there is so much more Budweiser can do. Becoming the official beer sponsor of the NWSL is our way of not just supporting the U.S. Women’s Team once every four years, but also supporting women’s soccer every single day.”

Budweiser will become the official beer of the league and has naming rights to the playoffs, the championship, the MVP trophy, and a newly created ‘Most Valuable Supporter’ award for the league’s biggest fan.

Budweiser will also create an off-season programme that will give NWSL players immersive training in the business side of sports from Budweiser executives.

One of the issues for the women’s professional game in the US is that while the national team and players get the support of a nation at World Cups, the club games are poorly supported, often played in half empty stadia.

Budweiser will release an anthem video titled ‘We Won’t Stop Watching’, aimed at fans and brands to support the sport when the US stars return to their clubs. The film feature US soccer legend, Brandi Chastain speaking over real scenes of U.S. Women’s National Team stars competing in empty American stadiums.

See the video below: