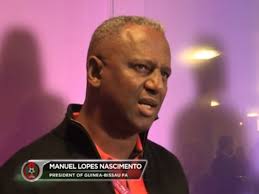 July 17 – Former president Sepp Blatter has blasted the decision to appoint secretary general Fatma Samoura to take over the management of Africa football governance as “colonialist” and says it flouts FIFA rules.

FIFA announced last month that it was parachuting in Samoura as a ‘FIFA High Commissioner for Africa’, in an  unprecedented six-month move  aimed at sorting out the chaos that has developed under the flailing leadership of Ahmad who is believed to be under investigation by FIFA’s ethics committee.

“This can be considered as a new aspect of colonialism,” Blatter told the BBC. “FIFA’s direct intervention to CAF and sending Mrs Samoura as a kind of ‘supervisor’ ignores the statutes of the federation. To recall, confederations are not members of Fifa. Only the national associations are.”

The timing of Samoura’s arrival could not be more poignant given that the Confederation of African Football holds its congress on Thursday. She is due to start on August 1.

FIFA has stated that it will undertake a full forensic audit of CAF, but Guinea-Bissau FA president Manuel Nascimento says there is considerable opposition to Samoura taking over.

“I can tell you that the majority of FA presidents oppose Fatma (coming in),” Nascimento said. “None of them, none of us – even me – we don’t want Fatma to come. Because this is CAF. This belongs to Africa.”

“We need reform to be done. However, whatever happens, the reforms should be done in CAF. What is supposed to be happening from 1 August will not be accepted in any confederation in the world, so why should we accept it?”