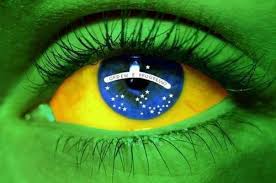 August 2 – Brazil are the second nation to reconfirm they will be a candidate to host the expanded 2023 Women’s World Cup, following Australia’s announcement yesterday. The Brazilian Football Confederation (CBF) had expressed an interest in staging the 24-team tournament, and have indicated the new 32-team format would not be a hurdle for them.

New CBF president Rogerio Caboclo has prioritized hosting major tournaments and the Women’s World Cup forms a major part of his ambitions. Later this year Brazil will stage the U-17 World Cup, awarded to the country after Peru were stripped from the hosting right over poor preparations.

FIFA had originally given an October 4 deadline for 2023 bid submission. With the bidding process now reopened to all FIFA nations new candidates could join the race. Bids have to be submitted by December. In April 2020 the bid evaluation report is scheduled to be published and FIFA will take a final decision on the winning bid in May 2020.