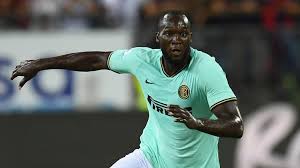 September 3 – Inter Milan Striker Romelu Lukaku says “we are going backwards” on racism in football and has called for stronger action from the game’s governing bodies and social media platforms after he faced racial abuse by Cagliari fans on Sunday.

Lukaku was abused as he prepared to convert the winning penalty for Inter and looked upset. In a social media post he has slammed football’s attitude towards racism, saying that the game is regressing when it comes the issue.

“As players we need to unify and make a statement on this matter,” wrote Lukaku. “Many players in the last month have suffered from racial abuse … I did yesterday too.”

“Football is a game to be enjoyed by everyone and we shouldn’t accept any form of discrimination that will put our game in shame. I hope the football federations all over the world react strongly on all cases of discrimination!!!”

The incident is the latest in a growing list of racist misdemeanours by Cagliari fans, but more recently racism has always found a breeding ground on social media. Earlier this season Lukaku’s former United teammates Marcus Rashford and Paul Pogba, as well as Chelsea’s Tammy Abraham and Kurt Zouma, were all racially abused on social platforms.

“Social media platforms [Instagram, Twitter, Facebook …] need to work better as well with football clubs because everyday you see at least a racist comment under a post of a person of colour,” Lukaku said. “We’ve been saying it for years and still no action. Ladies and gentlemen it’s 2019. Instead of going forward we’re going backwards and I think as players we need to unify and make a statement on this matter to keep this game clean and enjoyable for everyone.”

Cagliari have reacted by saying they are committed to “annihilating one of the worst plagues that affects football and our world.

In a statement on their website and social media platforms the club said it “firmly rejects” what happened and “underlines, once again, its intention to identify and ban those ignorant individuals whose shameful actions are completely against’ the club’s values.”

The statement concluded by saying: “Full solidarity to Romelu Lukaku and an even stronger commitment toward annihilating one of the worst plagues that affects football and our world. However, as we are aware that technology is not enough, we believe our commitment needs real support from the rest of football’s stakeholders: starting with all the true supporters, to all the stewards in the stands, from police and security staff, to the media and through to Serie A and the Italian FA.”

After the match Inter coach Antonio Conte said that he hadn’t heard the monkey noises at the address of Lukaku. The incident didn’t even make the front pages of any of Italy’s three leading sports dailies.

Last season Everton’s Moise Kean suffered similar abuse when playing for Juventus, but his teammate Leonardo Bonucci claimed that Kean was partly responsible. Previously, Blaise Matuidi and Sulley Muntari were also targeted by Cagliari fans, but Italian football authorities did little or nothing, except to ban Muntari for his protest.