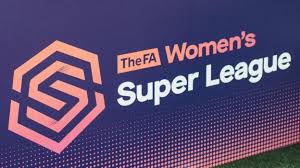 The three-year deal agreement is welcome news for English women’s football as the game seeks to capitalise on the hype surrounding the Women’s World Cup in France and the WSL clubs invest in their squads.

Sky Mexico, a joint venture between Grupo Televisa and AT&T, will cover Mexican rights, as well as those in Central American territories and the Dominican Republic. Norway, Sweden, Finland and Denmark will be served by the agreement with NENT.

On Saturday, the new WSL season kicks off with 12 club in the biggest edition of the competition yet. Last season Arsenal won the league and qualified alongside runners-up Manchester City for the Champions League.

The FA will stream all the matches live on its new streaming app, which was launched on Monday, with live streaming geo-blocked in the countries where the rights have been sold.

“We’re delighted that the strength of the league is being recognised globally,” said the FA’s senior broadcast manager Tom Gracey. “These two deals are a sign of the global strength and growing commercial prospects of the league It is particularly pleasing that revenue will be targeted at the development of the FA Player.”

“Through this reinvestment, our aim is to help improve the experience for viewers around the world and strengthen the brands of our competitions, clubs and players.”

The 2019/20 WSL season will also be the first year of its new title sponsorship three-year £10 million deal with Barclays.