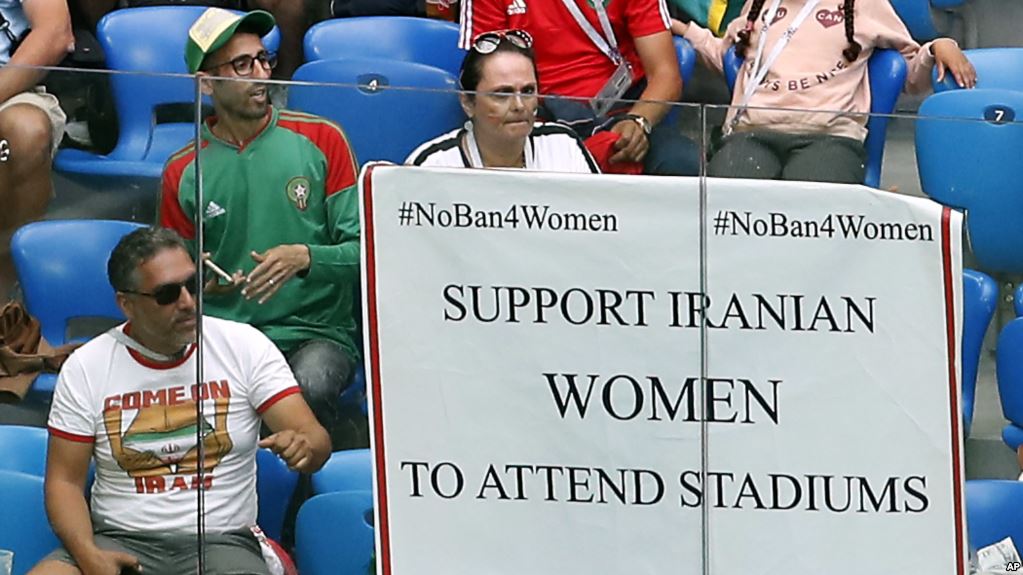 September 23 – Gianni Infantino says FIFA “cannot wait any more” for women to be allowed into Iranian stadiums to watch men’s matches and that he has been “assured” the authorities will relent when the country hosts its next international match.

Last week a FIFA delegation visited Iran just days after the grotesque tragedy of a 29-year-old female fan dying after setting fire to herself.

Khodayari could have faced six months in jail and the gruesome case prompted a global outcry, with FIFA slammed by human rights groups for taking no action, and highlighted Iran’s ban on women  watching men’s football since the 1979 Islamic Revolution which has recently been only partially relaxed for certain games, with the female fans selectively cherry-picked to attend by the authorities.

Iran has been urged to end the ban which breaches FIFA statutes and the FIFA delegation sent to Tehran met officials to discuss the upcoming fixture against Cambodia on October 10 — the country’s first home match of the 2022 World Cup qualifying competition.

“In these productive discussions, FIFA reiterated its firm and clear position that women need to be allowed to enter football matches freely and that the number of women who attend the stadiums be determined by the demand, resulting in ticket sales,” FIFA said in a statement summarising the delegation’s visit.

But Infantino went even further.

“There is women’s football in Iran but we need Iranian women as well to be able to attend the men’s game,” Infantino told a conference on women’s football on Sunday. “And we need to push for that with respect but in a strong and forceful way. We cannot wait anymore.

“We have been assured, that as of the next international game of Iran, women will be allowed to enter football stadiums. This is something very important, it is 40 years that this has not happened, with a couple of exceptions, but it is important to move to the next level and to the next stage.”

Infantino’s comments were echoed by outgoing World Cup-winning United States coach Jill Ellis, who was at the same conference in Milan.

“To not allow women to go see football I think is… I just can’t even wrap my brain around it in terms of it being something,” she said.