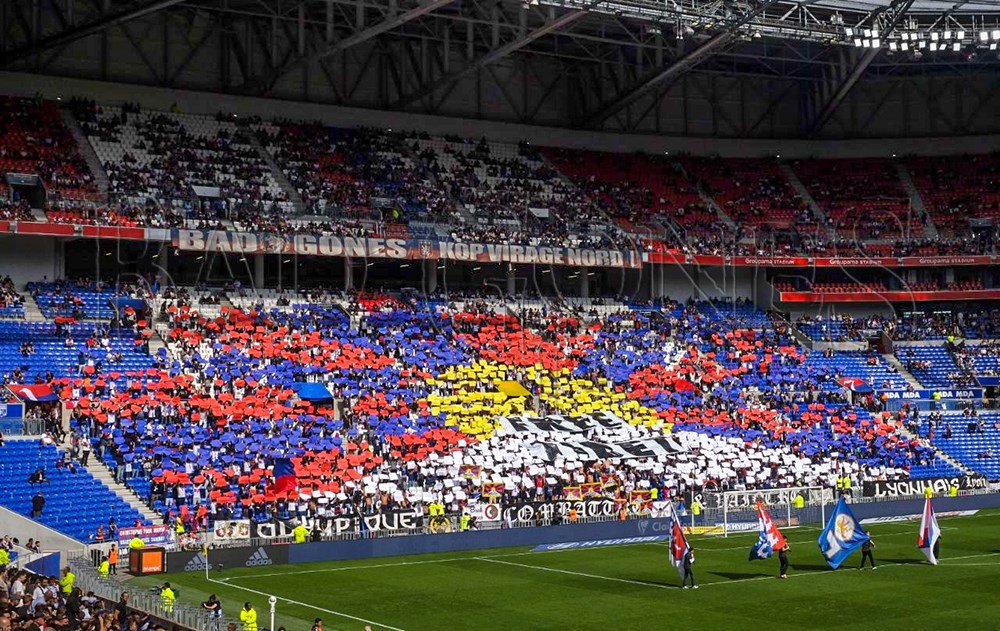 September 30 – Lyon fans expressed their dismay at a Saturday lunchtime kick-off aimed at the Chinese market by creating a giant tifo representing the Tibetan flag behind one of the goals.

The Lyon fans protested over a 1.30pm kick-off on Saturday against Nantes that was aimed at promoting France’s Ligue1 on the Asian continent, and in particular the Chinese market. The match was broadcast live on Chinese TV.

Tibet has long been a huge point of contention in international politics with the Tibetan government in exile  claiming autonomy. Tibet is governed as an autonomous region of China. Beijing reacts angrily to any suggestions that the Himalayan territory should be independent.

LFP chief executive Didier Quillot called the broadcast move a part of “a global action plan” in an attempt to position Ligue 1 as one of European football’s top properties.

The action of the Lyon fans – an action plan of a different sort – is reminiscent of  a protest staged in Germany in 2017 when fans flew Tibetan flags at matches of the touring U-20 Chinese national team. In the end, the tour was halted and three scheduled matches were cancelled.