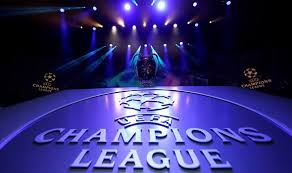 October 9 – The heads of the two bodies representing Europe’s clubs and league have renewed their war of words over qualification for the Champions League in the post-2024 cycle and how European competitions should be structured.

Andreas Agnelli, president of the European Clubs Association (ECA), and Lars-Christer Olsson, who runs the European Leagues umbrella grouping, both appeared at the Leaders in Sports Business Summit in London but presented very different interpretations of how the game should be revamped.

Proposals for a radical overhaul of European club football’s flagship competition, bringing in a promotion and relegation system, were shelved last month amid fears of a closed shop.

But Agnelli, the driving force behind the changes, says the Champions League has become too predictable.

“Much has been said about wanting to kill domestic leagues. No – we want to maintain symbiosis with the leagues. We absolutely agree that champions should have access to international competitions.”

Agnelli called on major domestic leagues to drop their opposition to the UEFA-backed plans which propose a 32-team Champions League with guaranteed entry for 24 clubs and increasing the number of matches for each team from six to 10.

“What’s healthy is people having a positive contribution,” Agnelli told his audience. “But ‘no, no, no’ as an answer, which we have heard from the leagues in the past couple of months, is not really healthy … We want to see more European matches with higher sporting quality.”

But Olsson, speaking to reporters a few doors away from Agnelli, re-iterated his belief that qualification should be based on domestic performance on a season-by-season basis.

“Meritocracy for me should be sporting success, which should be reflected in the international competitions based on recent success,” said Olsson.  “It is a contradiction to say the clubs are fighting the leagues. All the clubs are in leagues and among the leagues there is no problem.”

Olsson insisted the idea of promotion and relegation was “completely non-negotiable.”

“If you win one tier, it makes sense you should get the chance to play at the next level and if you win the Champions League, you should be able to defend it, but those three teams are the only ones who should be given the opportunity to play in European club football the following season by right.

“The rest should be down to recent success on the pitch in a domestic league. Clubs should not have an advantage because of what they have done in the past.

“For me, it’s not a problem that Real Madrid is winning the Champions League three times in a row if they are good enough. That is what I mean by meritocracy. If Real Madrid are the best team three years in a row and they are developing their football so they can beat anyone else, that’s fine. But not if it’s based on all the titles in the past. It’s what they are delivering now that should see them be in international competitions.

“That is also what makes it interesting for the fans. It means that every domestic season is interesting when it comes to the qualification for the international positions. And in an ideal situation that should be different teams from year to year, in my opinion.”

Olsson, whose  organisation represents the interests of 36 professional leagues across 29 countries, believes four automatic spots from one single country is too much.

“Giving four fixed positions to top associations should be questioned because that closes the opportunities for others,” he said, suggesting the system revert back to how it used to be.

“It would be better to have three fixed places for the highest-ranked countries with the fourth having to qualify through a play-offs. I think the big leagues would be fine if they are all treated in the same way. I don’t think the big leagues should have four teams who go straight into the group stages because it limits the opportunities for teams from other countries. If the fourth team is good enough, they will get through but someone else should have a chance of doing it as well. The historical coefficient should be scrapped completely.”