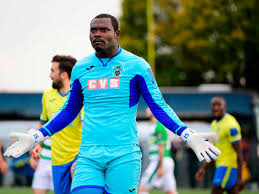 October 21 – Everyone was appalled by the headline-making events in Sofia recently when England’s black players were verbally abused by a section of the Bulgarian fans.

Much was immediately made, and rightly so, of the disgraceful behaviour of those responsible and it was little surprise, in the aftermath of the monkey chanting and Nazi salutes, that the Bulgarian FA chief Borislav Mikhailov and national coach Krasimir Balakov both tendered their resignations.

It is not clear whether Balakov’s decision was a knee-jerk reaction linked to the fallout from the abuse, which could have led to England players walking off the pitch en masse if the chanting had not died down, or simply over Bulgaria’s woeful form.

Yet there is a legitimate debate to be had about whether both figures were used as scapegoats and whether their respective resignations were the most appropriate course of action given that racism in football, especially in eastern European countries, is a symptom of a far greater malaise within society as a whole. Why, one might ask, didn’t the Bulgarian government minister in charge of education, whoever he is, also step down?

There is an equally important debate to be had in England itself. I heard it questioned, in the midst of calls for Bulgaria to be thrown out of Euro 2020 qualifying, whether a country should be  preaching morality to others unless it is 100% sure it has eliminated the same issue on its own doorstep.

Such questions were prompted by various instances of racist abuse in English football’s domestic game throughout the current season at club level and have been further highlighted by a sickening episode that occurred at the weekend – at part-time level.

The Bulgarian fans have absolutely no excuse for their disgusting conduct witnessed in Sofia. But their federation officials may have had a point when they suggested that the English game should get its own house in order before over-pontificating to the outside world.

You could argue they were proved right, partially at least, after what happened at non-league Haringey Borough in north London on Saturday in an FA Cup qualifying game that made back-page headlines for all the wrong reasons and sent shockwaves through grassroots football which had never experienced such adverse nationwide publicity over one single incident of discrimination.

To recap, Haringey Borough  and Yeovil Town’s fourth qualifying round match was abandoned when Haringey’s players walked off the pitch following reports of racial abuse aimed at goalkeeper Douglas Pajetat. Yeovil were leading 1-0 through a penalty when the game was halted in the 64th minute. There was a long delay for the spot-kick to be taken, with Pajetat struck by an object from the stands.

Shortly after Yeovil scored, play was suspended as the hosts left the field and around 35 minutes later, it was confirmed that the match had officially been abandoned, with Haringey manager Tom Loizou confirming that Pajetat was racially abused, had a bottle thrown at him and was spat at by visiting fans while another of his players, Coby Rowe, was visibly enraged and had to be restrained after also being abused.

What should have been a day to celebrate as Haringey – who play in a league three steps below the English professional pyramid – tried to reach the first round proper of the competition for a second season in succession, ended on the lowest of notes.

Haringey said on Twitter at the time: “Game has been abandoned following racial abuse. Horrendous afternoon. It must be said that 99.9% of [Yeovil] fans are also disgusted by what’s happened as much as we are. One club, one community.”

Crestfallen, Loizou could not disguise his pain in a heartfelt interview saying that he had no qualms about taking his players, many of whom were in their teens, off the field given the look on their faces. There was, he said, no other way to protect them.

“The abuse a few of my players got was disgusting,” he said. “Yeovil’s players and manager tried to calm their supporters down, they tried their best and they supported us – they said ‘if you’re walking off we’re walking off with you’.

“I took the decision to take my team off … and if we get thrown out of the FA Cup and they go through, there is no hard feelings there. I have not done it for any other reason than looking into my players’ faces and seeing how distraught they were. They are not used to this.”

Two men have since been arrested by police while Haringey chairman Aki Achillea described what happened as “soul-destroying”.

In a statement, the English FA commented: “We are deeply concerned about the allegation of discrimination from an area of the crowd towards a player during the FA Cup fourth round qualifying match between Haringey Borough and Yeovil Town, which resulted in the fixture being abandoned.”

“There is no room for discrimination in our game and we are working with the match officials and the relevant authorities, as a matter of urgency, to fully establish the facts and take the appropriate steps.”

Before anyone dismisses what happened at Haringey as an isolated incident in a country whose fans are supposedly far more culturally educated than those overseas, it was not the only occurence of alleged racism over the weekend. Championship club Bristol City are investigating the behaviour of some of their fans at Luton Town while in Scotland Hearts have opened an investigation after claims that Rangers striker Alfredo Morelos was racially abused.

There have now reportedly been 25  incidents of racial discrimination in English football in the first six months of this year. This just underlines the scale of the problem.

You could argue that the very fact we know about this is because incidents in the English game are responsibly reported to the authorities and not swept under the carpet like they are in some other footballing nations. I totally buy that.

But as well as pointing the finger at others with a barrage of sanctimonious self-righteousness, it has to be acknowledged that football-based racism in the UK is become dangerously all too common – if at club level rather than when hosting international fixtures.

What the Haringey episode underlines is that abuse is taking place at every stratum of the game, from grass-roots up. To shrug it off, as some do, as pure banter is far too easy a response and simply ignorant.