October 30 – Sky Sports Football earns more than $1 million a month from YouTube while the top football club earner on the social media video platform, Liverpool, earns over $650,000, according to new estimates.

YouTube has more than 1.9 billion logged in monthly users, and according to research by Brandwatch, has seen the number of channels earning more than $100,000 a year from the platform increasing by 40% year-on-year.

Football has built itself a position with both media outlets, clubs and federations grabbing a slice of the action. While Liverpool are ranked third in the table by revenue, FIFATV is ranked fourth with more than $500,000 a month, one place ahead of Barcelona.

The data was compiled by football tickets site livefootballtickets.com which ran the top 20 football YouTube channels from a YouTube ranking through Sellfy.com’s YouTube Money Calculator. Sellfy calculates potential earnings via Adsense revenue based on a channel’s CPM and estimated earnings from selling merchandise, using data from Sellfy’s e-commerce platform.

Eight clubs make up the top 20 in the ranking, including Liverpool, Manchester City, Chelsea and Arsenal from the Premier League all in the top 10. PSG are present from France’s Ligue 1, and Juventus from Serie A. There are no Bundesliga teams in the top 20. Real Madrid make the ranking in 12th place with 5.1 million subscribers generating more than $85,000 a month – less than a quarter of their Catalan rivals in Spain. 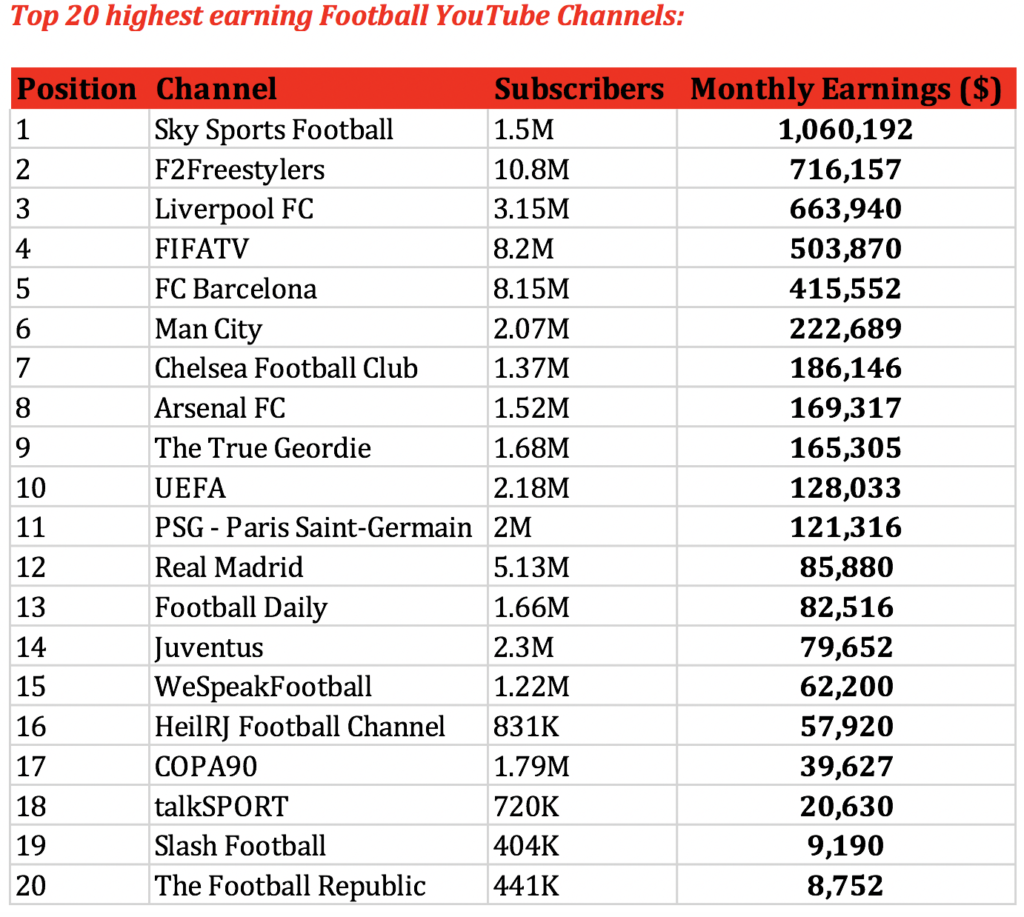