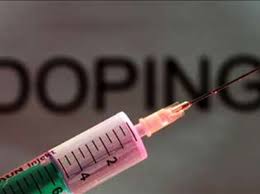 December 30 – Brazilian footballers were more likely to be sanctioned for anti-doping rule violations (ADRVs) than those of any other nationality, according to statistics relating to samples collected in 2017 made public this month by the World Anti-Doping Agency (WADA).

Of 78 football-related ADRVs, 19 – or just under 25% – related to Brazilians, as indicated in the decisions received by WADA. This was well ahead of Italy in second place with six. This was followed in turn by Argentina with five ADRVs and France, Switzerland and the United Kingdom with four each.

In spite of the time-lag, this is still by no means a complete picture, however. The figures also reveal that, as at 31 May 2019, the cut-off point, as many as 62 football-related positive test results were still pending.

It is also worth underlining that, with more than 37,000 samples provided by footballers over the period in question, the proportion ending up with a sanction – at around 0.2% so far – remains very small.

Among football-related adverse analytical findings, or positive tests, reported in 2017, 45 had been for the alleged presence of anabolic agents, 41 for stimulants, 38 for glucocorticosteroids and 20 for diuretics/masking agents.