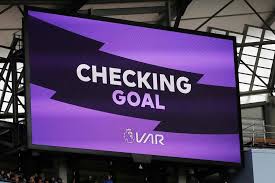 December 30 – Manchester City manager Pep Guardiola declared the VAR system a “big mess” on Sunday after a weekend that witnessed a plethora of ever more baffling rulings being judged on a series of screens often hundreds of miles away from the action.

VAR was introduced in the Premier League for the first time this season to try and reduce mistakes, help officials and satisfy players and fans alike. But the way system is being used has increasingly alienated large swathes of the footballing public frustrated by marginal decisions and lack of consistency, invariably when the advantage is handed to the defending team.

“Every weekend is a big mess. Hopefully next season, it can do better,” said Guardiola after City’s 2-0 win over Sheffield United, one of several games which saw goals overruled for merest of offside calls.

Moments after the incident that ruled out a goal which would have given their side the lead, Sheffield fans adopted the ‘It’s not football any more’ anthem that has become a familiar refrain at matches.

Norwich City forward Teemu Pukki had a similar goal ruled out for a fractional offside decision in their 2-2 draw with Tottenham on Saturday while Crystal Palace were denied a goal against Southampton when Wilfried Zaha’s shoulder was deemed to be offside.

VAR also overturned what was adjudged by the referee to have been handball in the build-up to Liverpool’s single goal against Wolves. In the same game, the visitors were denied an equaliser on the stroke of half-time by a marginal offside decision which ultimately proved decisive.

With fans now celebrating ‘non goals’ as much as goals, Sky Sports pundit Graeme Souness, a highly respected former player and manager,  is among many calling for the offside rule to be changed.

It’s calculated that 22 goals in the Premier League have already been ruled out for marginal offside rulings this season even though VAR is only supposed to be used for “clear and obvious” officiating errors.

“It’s ridiculous,” Wolves captain Conor Coady told Sky. “It’s not working. I can’t get my head around it. Decisions are killing us. “VAR is affecting the game. Nobody likes it.”