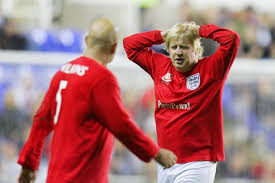 January 3 – A 2030 World Cup final in Manchester or Liverpool? It is what senior Tory figures have asked newly elected UK prime minister Boris Johnson to back in a bid to recreate “something like the London Olympics.”

Johnson has been urged by ministers to back a 2030 World Cup bid that would see the North of England host the showpiece game of the tournament. The Conservative manifesto had said that it would potentially support a UK and Ireland bid for the 48-team tournament.

Traditionally, London with Wembley as national stadium stages major national and international matches, including the FA Cup, England home internationals, and, when chosen, the Champions League final. In 2012, Wembley also hosted the Olympic football final and this year the venue will play host to the Euro 2020 final. In 2021, Wembley is also slated to host the Women’s Euro 2021 final.

However, senior Tory figures have argued that the 2030 World Cup final should be staged in the North as a symbol of the party’s commitment to voters. During the recent UK election the Tory party tore down Labour’s red wall as large numbers of voters switched to the Conservative party in a region that had been a longstanding Labour stronghold. “We need something like the London Olympics,” a senior minister told the Times. “A World Cup final in Manchester — it would be ‘wow!”

Liverpool and Manchester would clearly be frontrunners in any case made for a Northern World Cup base. Last month Johnson had said that “I, as Prime Minister, will put my heart and soul behind the case for a UK and Ireland World Cup in 2030.”

Johnson was the mayor of London during the 2012 London Olympic Games, a three-week sporting festival that brought a sense of euphoria to the English capital, but of which the legacy remains contentious. “I want this tournament to be about more than just football,” said Johnson. “I want it to transform lives with a legacy to match the 2012 Olympics.”

Talk of staging the final in a new region could well be very premature, given England’s troubled history in bidding for the 2018 World Cup and the lack of clout the home nations have in Zurich. There is scepticism that the English bid will go ahead if China bids for 2030. China would likely have the behind-the-scenes political support of FIFA president Gianni Infantino and his influence over a significant voting block – China’s state driven sponsors have been pretty much the only greenshoot in recent years of FIFA’s commercial programme. The English will not want to suffer the same bid humiliation they experienced in the 2018 process and a China 2030 bid entry would pretty much guarantee that.

A UK and Ireland bid would also face competition from a joint bid by Argentina, Uruguay, Paraguay and Chile in a homage to the inaugural World Cup in 1930 in Uruguay. Spain and Portugal have also discussed a joint bid. Like England, they failed to land the 2018 World Cup.

Qatar will stage the next World Cup in 2022 before the tournament switches to a 48-team format in the United States, Canada and Mexico in 2026.