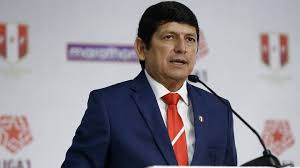 January 3 – Hopes that the FBI investigations and US Justice Department indictments in 2015 had kick started a governance reform and an end to football corruption in South America are foundering after information that FIFA and Conmebol have failed to act on a Word Cup ticket re-sale scandal by former Peruvian FA (FPF) officials.

A year of investigations, collection of evidence and testimonies made to an independent investigation agency, uncovered a ticket resale scheme that saw hundreds of tickets supplied to the Peruvian black market for national team games. It was a scheme that was in existence pre-2015.

The investigation, carried out at the request of the FPF integrity officials, was handed over to the FIFA Ethics Commission between July and September 2018, and then on to Conmebol in January 2019. To date neither bodies appear to have acted on the information.

The result is that a number of PFA leaders involved in the scheme have remained in high position within the Peruvian FA.

At the end of March 2019 the complaint and investigations were made public, generating a wave of public outrage.

In April 2019, the CONMEBOL Ethics Commission cited in Lima a series of interviews with investigators, witnesses, and FPF officials. But while it was expected that a series of ethics infractions and penalties would be issued, in fact what followed was a series of dismissals and resignations of FPF officials who had entered the federation following the 2015 FIFAgate crisis.

The driving force behind the clear out of federation officials has been president Agustín Lozano, a board member of the PFA between 2007 and 2010 but who came to power in 2018 after Edwin Picchottito was forced out over his alleged links with organised crime gangs.

What is unclear is how clean a skin Lozano has, having been on the board of the PFA at the height of the ticketing resale scam and having himself been the subject of multiple match fixing allegations in the past.

What Lozano does have is the support of Conmebol president and FIFA vice president Alejandro Dominguez who has repeatedly praised his presidency and management of the PFA.

Meanwhile the corruption charges, on the face of the evidence of the investigations and the information in the public domain, seem to be covered up by FIFA and Conmebol as the old-guard of Peruvian football look to be working their way back into control. One reason for this, being discussed in local football circles, is that the alternatives are less palatable than what currently exists.