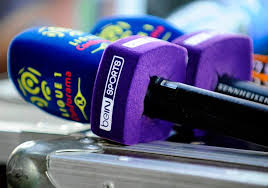 January 9 – It has been a good week so far for Qatar-based broadcaster BeIN Sports who have secured the  rights in France to the UEFA 2020 European Championships, while in the US expanding its free service, BeIN Sports Xtra, on to the HC2 Broadcasting platform.

The Euro 2020 deals is reportedly worth €38 million and includes live coverage of all 51 games – 28 exclusively – at a championships where the French will start as one of the favourites. For the French Euros in 2016 BeIN paid a reported €60 million.

It is a major acquisition for the French market where beIN last month announced its exclusive distribution deal with French pay tv giant Canal +.

23 of the 51 matches from Euro 2020 will remain available free-to-air in France, with commercial broadcasters TF1 and M6 agreeing a deal for rights to the tournament back in November.

BeIN, in a press release, said their deal “covers linear and digital output, and includes all highlights, near-live and on-demand clips, draw and other support programming.”

Yousef Al-Obaidly, CEO of beIN MEDIA GROUP, said: “With its new 24-team format, this year’s European Championship is bigger and better than ever before – so we are delighted to extend our long-term partnership with UEFA and continue to bring the very best of sport to our valued subscriber-base. We continue to bid proportionately for premium sport, and this deal to broadcast EURO 2020 adds to our unrivalled library of premium football and other sports content in France, reinforcing beIN SPORTS’ long-term position as the one of the leading sports broadcasters in the world.”

beIN breakthrough in US

The distribution deal for BeIN Sports Xtra in the US is similarly significant in a market where the broadcaster has been locked in negotiation and disagreement over carriage on cable networks.

The HC2 Broadcast deal is being promotes as the first free, over-the-air (OTA) 24/7 live sports channel on US linear TV.

BeIN announced plans for the channel in November (see http://www.insideworldfootball.com/2019/11/21/bein-adds-free-streaming-channel-us-driven-laliga/). Then distribution was focussed on Roku devices.

HC2 Broadcasting has 195 operational TV stations in more than 130 US markets, including 34 of the top 35 markets across the country.

“HC2 Broadcasting recognised the changing media landscape and has built a best-in-class data and distribution platform for today’s top content providers to extend their reach to homes who have cut the cord or are cord-nevers.”