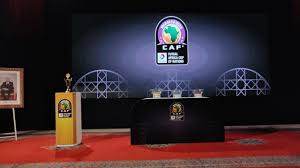 January 16 – The disharmony within African football’s top brass has suffered another telling blow with South Africa boycotting this year’s Africa Futsal Cup of Nations to be hosted by Morocco.

SAFA is withdrawing from the tournament because of it taking place in the city of Laayoune which is in the disputed Western Sahara region.

“South Africa has no issue in playing in Morocco but in line with SA government … we will not play in Western Sahara,” said SAFA President Danny Jordaan.

SAFA runs the risk of being heavily fined by the Confederation of African Football but CEO Gay Mokoena urged CAF to go easy.

“We are aware of the possible fine from CAF and other repercussions following our decision to withdraw from the Futsal tournament but this was a difficult decision which we had to make,” he said.

The sixth edition of the tournament acts as the CAF qualifiers for the FIFA Futsal World Cup to be hosted from September 12-October 4 in Lithuania.

It’s been more than 40 years since Morocco claimed sovereignty over Western Sahara, setting off a conflict that is no closer to being resolved with Morocco accused of ruthless human rights violations.