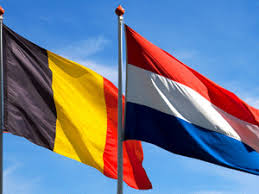 January 24 – A Deloitte study suggests the BeneLiga could generate up to €400 million, reinforcing the idea of a future merger between the Belgian and Dutch top flights into a single more competitive and powerful league.

Anderlecht, Club Brugge, RC Genk, AA Gent and Standard represented Belgium, while Ajax, Feyenoord, PSV, AZ, Utrecht and Vitesse were the Dutch clubs to attend a meeting in Eindhoven, discussing the idea of the BeneLiga. The Belgian and Dutch FA’s were also represented.

In a study, Deloitte calculates that the league has the potential to generate TV rights income anywhere between €250-400 million, which far exceeds the current TV rights deals in both countries, valued at about €80 million each. That increase would allow clubs outside of the BeneLiga to share in the revenue.

With the current renegotiation of the Belgian rights deal, 2025 would be the earliest date to bring in a BeneLiga rights deals, even though Club Brugge president Bart Verhaeghe has been keen on speeding up the league’s creation.

“We are setting up a competition together with the Netherlands to reduce the gap to the five top European countries,” said Verhaeghe in an interview with French newspaper Le Monde. “Belgian football is waking up and has entered modernity. We could tap into a market of 28 million people.”

Ten Dutch clubs and eight Belgian clubs would compete in the league with a system of promotion and relegation.

It is not the first time that the creation of a BeneLiga has been mooted, but in the past a number of roadblocks and a lack of action always prevented any progress in forming the league. Currently, the Dutch Eredivisie has 18 teams. The Belgian Jupiler Pro League boasts 16 teams, but teams at the bottom of the table have always struggled and the viability of a large Belgian league is repeatedly questioned.