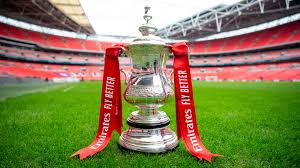 One line in Watford’s recent annual accounts jumped out at me. Explaining a near 15% increase in turnover, the strategic report said this was “mainly due to an increase in Media & Broadcasting revenue because of a higher finishing position consequently attracting increased centralised distributions from the Premier League”.

What is so surprising about that? Premier League TV payments, after all, have long been the foundation of English football’s loads-a-money culture.

Well, the Hornets’ improved finishing position was 11th, a paradigm-busting surge up the table from, ooh, 14th in 2017-18.

What most perplexed me though was that this was also the season when the club reached the FA Cup final. OK, it wasn’t ultimately the happiest day for Watford supporters. But have we really reached the point in what someone once called the “glory game” where a slightly better brand of mid-table mediocrity makes for a bigger financial boost than a place in what was once the sport’s showpiece?

I was genuinely curious (and exasperated). So I did the maths.

It turns out there is not all that much in it. The Cup run should have netted the commuter-belt club fractionally under £5 million, from which one should deduct the £67,500 they would have got for hammering Bristol City in the third round of the 2017-18 competition.

So, as I say, not much in it – and while the improved league placing did indeed yield more, based on these calculations, you would probably argue that the phrase “mainly due to” is overdoing it.

However, if you finish eleventh it also suggests you are further away from the relegation dog-fight than when you come fourteenth. And with all Premier League payments added together contributing nearly £114 million of the club’s £147.7 million in overall turnover in 2018-19, it is relegation that needs to be avoided at all costs for clubs like Watford.

The main point, nonetheless, stands: yes, we do now inhabit a football world where a slightly better brand of mid-table mediocrity is worth more to top-tier clubs than an FA Cup run that goes all the way to Wembley – and I mean the final, not the misguided if revenue-rich Wembley semi-finals of recent seasons.

Once this particular penny has dropped, it should be patently clear that the old FA Cup of my, and some of your, childhoods is not coming back. It’s a money game now, and the financial gulf is just too great. And that is without even factoring in the Champions League.

This should not come as too much of a surprise. The national cup competitions in other leading West European broadcast markets have been arguably even more downgraded. English second-tier teams often appear to prioritise their promotion pushes over the world’s oldest national football competition. On Googling that Watford v Bristol City tie, the top item reads, “Premier League club Watford comfortably beat a second-string Bristol City side…”. To be fair, the Robins were also due to play Manchester City in a League Cup semi-final three days later.

So, a surprise, no – but accepting the irretrievably reduced circumstances of the FA Cup does invite other considerations. Principally this: given that the competition does distribute a certain amount of largesse down the football pyramid, and is therefore a positive thing, how can we rekindle at least some enthusiasm for the enterprise, given how often “giant-killings” are devalued as a consequence of shoals of first-term regulars being rested?

I wouldn’t normally say this, but attempting to work out how hard the survivors are trying does add an extra dimension to the Cup as a betting medium.

Take this year’s fifth-round ties. Are in-form Birmingham City far enough behind the Championship promotion race to go in all guns blazing at Leicester? And how will the Foxes approach the tie? Are Reading comfortable enough in mid-table to do likewise at home to Sheffield United, who were in the second tier themselves last season, but could conceivably be in the Champions League next? Will Jurgen Klopp play the kids again at Chelsea?

If your view on the answers to these questions is different from the bookmakers, you might spot some appealing odds. I would certainly rank it more of an intellectual challenge than trying to decide whether Liverpool will score two goals or three while notching their latest Premier League victory.

One way or another, it is time to stop harking back to the past. The grand old days of the competition are not coming back. It is time to accept today’s FA Cup for what it is. Either that, or just ignore it and use Cup days to indulge other interests.