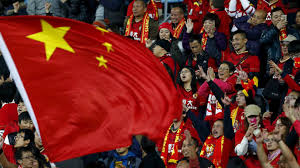 February 24 – China will play their next two World Cup qualifying matches against the Maldives and Guam behind closed doors in Thailand because of the coronavirus in a further escalation of the outbreak’s disruption  of sports events in the country and beyond.

China will play the Maldives on March 26 and Guam on March 31 at the Chang Stadium around 400km north-east of Bangkok. Thai authorities insisted as a condition that the fixtures take place in an empty stadium because of the possible spread of the virus.

The Chinese Football Association has for some weeks been considering a number of overseas neutral venues for their games (its women’s team is already camped in Australia and preparing for the final rounds of Olympic qualification. Although the Guam match is nominally an away fixture in the Pacific Island) reports say Chinese players and officials may find it difficult to get into the country, which is a US territory.

According to local media, newly appointed national team boss Li Tie will gather his players for an overseas training camp in Dubai in early March to avoid any possible entry problems caused by the epidemic back home. The team will then fly to Thailand to get acclimatised.

The domestic Chinese league has already been postponed and it is unlikely to kick off before April.  China are second in their World Cup group but eight points behind leaders Syria. They must win the games against Maldives and Guam, considered to be the two weakest teams in the group, to keep their hopes alive.

Meanwhile South Africa has decided not to send their Olympic side to Japan to play a friendly in March, also because of concerns over the coronavirus outbreak.

The two teams were due to play in Sanga on March 27, four months before the start of the 2020 Tokyo Olympics. There have been 85 confirmed cases of coronavirus in Japan and one death.

“Japan is asking us to reconsider our decision, but we are sticking to our guns. We have to act in the best interest of our players,” said Mokoena.

“We can’t put the lives of our players at risk. The death toll is rising each day and we are not prepared to take a big risk”.