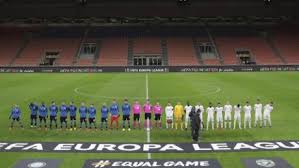 March 4 – Despite UEFA cautioning against over-reacting to the effects of the coronavirus on European football, the Champions League has been hit for the first time with Valencia’s forthcoming clash with Atalanta to be played behind closed doors.

Following a 4-1 first-leg defeat, the Spanish side will host Atalanta – based in Bergamo, which is in Lombardy, the epicentre of the coronavirus outbreak in Italy – on March 10 at the Mestalla without fans, a commercial as well as sporting blow as the illness impacts football across the continent, especially in Italy where a raft of top-flight games have been postponed.

Additionally, Getafe’s Europa League tie against Inter will also be played behind closed doors as Spanish authorities clamp down.

Spanish Minister of Health, Salvador Illa, commented:  “This is a measure that is consistent with what the competent authorities have dictated to the authorities of those countries.”