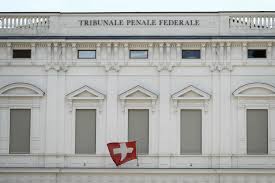 March 10 – The eagerly awaited trial of three of Germany’s most high-profile former football chiefs plus ex-FIFA Secretary General Urs Linsi linked to suspicions that Germany bought votes to obtain the 2006 World Cup has been adjourned after three of the four were absent from the courtroom near the Swiss-Italian border because of the coronavirus.

The tax fraud trial in Bellinzona, the first to be held in Switzerland in the five-year corruption investigation, was due to have started on Monday and was ordered to resume Wednesday and then last three weeks.

Defendants Theo Zwanziger, Horst Schmidt and Wolfgang Niersbach – all former  members of the 2006 World Cup organizing committee – did not show up after submitting medical certificates with only Linsi in court.

They all deny any wrongdoing in the investigation of a €6.7 million payment in 2005 from the German FA (DFB) to FIFA.

Presiding judge Sylvia Frei refused to accept the medical submissions, saying the three defendants could easily have been  driven by private car to the court and that they could have taken tests at a local hospital.

If  Linsi, who is Swiss, is the only one of the four to turn up again on Wednesday, reports say Frei is expected to order the trial to go ahead with Zwanziger, Schmidt and Niersbach all being tried in absentia.

Former DFB presidents Zwanziger and  Niersbach as well as ex-DFB general secretary Schmidt and Linsi were all indicted last summer by Swiss prosecutors for allegedly fraudulently misleading members of a supervisory body of a DFB committee about the real destination of €6.7 million payment.

German football legend Franz Beckenbauer, who chaired the 2006 World Cup organising committee, was a criminal suspect but Swiss federal prosecutors did not indict him for health reasons though he is listed to testify this week.

The indictment stated “the accused falsely claimed at a meeting with the supervisory board of the (2006 organizing committee) that the payment to FIFA would be a contribution” towards a World Cup opening gala, an event which never took place.

Instead Swiss prosecutors believe the  payment settled a loan Beckenbauer had accepted three years earlier from former Adidas chief Robert Louis-Dreyfus who died in 2009.  The money ended up in the account of one-time FIFA powerbroker Mohamed bin Hammam.

Although the German federation has in recent months re-established its status and credibility, Germany’s successful hosting of the 2006 World Cup has been embroiled in suspicion since 2015 following sensational accusations of vote-buying first reported by Der Spiegel which claimed that Germany had used a secret fund to buy votes and obtain the rights to host the competition at the expense of South Africa.

An internal inquiry commissioned by the German FA and carried out by law firm Freshfields into the bid came up with no evidence of vote-buying but neither was it ruled out.

The alleged slush fund has never been proven but World Cup organisers have been under scrutiny ever since Freshfields’ 360-page report attempted to explain a trail of suspect payments.