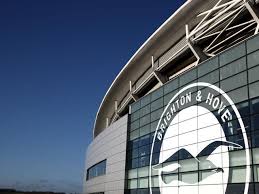 March 26 – English Premier League Brighton have started an initiative for clubs throughout the country to donate 1,000 tickets whenever football resumes to front-line health workers treating those most seriously affected by Covid-19.

“We are working on a range of things across all areas of the community and I hope this will just be the start,” said Barber.

“We fully appreciate football is the last thing on anyone’s minds at this moment but we feel this is a small way in which we can show our gratitude for those National Health Service staff on the frontline who are fighting the battle on behalf of all of us and give them something to look forward to.”

The hope is more clubs will follow suit in some way so a nationwide haul of 100,000 tickets can be reached — and already Bournemouth have committed to doing so.

Bournemouth chairman Jeff Mostyn added: “We are absolutely delighted to match Brighton’s gesture and commit to 1,000 tickets, and we will pass the baton to another club with the aim of reaching a significant target so football as a whole can show its appreciation for our country’s NHS workers.”

Meanwhile Watford have offered the use of their stadium to a nearby hospital while Tottenham Hotspur have revealed they will take part in the Clap For Our Carers campaign this evening with people across the country asked to come out in force to applaud the efforts of NHS staff at 8pm.