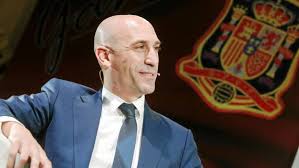 March 26 – The Royal Spanish Football Federation (RFEF)has announced a €500 million support plan for Spanish clubs to help with the impending financial fallout of the coronavirus pandemic.

Spain’s top flight was suspended on March 12 and it remains unclear if the league will resume at all this season. In a statement, the league said that there would no resumption until the Spanish government said it is safe to do so.

The RFEF has now decided to step in and alleviate the worst consequences for Spanish clubs in the first two tiers of the domestic football pyramid. The Spanish governing body will offer a lending hand as clubs have to forego TV income and match-day revenues. Eleven round of games remain in La Liga.

“We want to sit down with La Liga to talk about the problems that some clubs might have,” said RFEF president Luis Rubiales (pictured). “My message is one of union, hope, discipline. All of football, from the modest to the elite, we should send a message of solidarity, together we will stop this virus.”

“We have spoken to several banks and are able to offer a credit line worth €500 million to first and second division clubs that are struggling and that can be repaid in the next four, five or six years.”

Rubiales added: “We think it’s practically impossible to resume competitions at the beginning of May. We have temporary hospitals being put up in Madrid and the military emergency units are out on the streets.”

Spain has been one of the worst affected countries in Europe following the outbreak of the coronavirus. In the last 24 hours, the death toll rose by 655 to 4,089. The country has 56,188 confirmed cases and extended the state of emergency until April 12 in a bid to contain the virus.