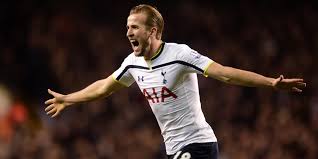 March 30 – England captain Harry Kane says the Premier League season should be ditched altogether if it cannot be completed by the end of June.

All professional football in England is currently suspended until at least April 30  because of the coronavirus pandemic but there are growing fears that could be extended, resulting in a domino effect throughout the game.

Kane, who has been recovering from a hamstring injury that ruled him out of much of the season, says there has to be a cut-off point.

“I know the Premier League will do everything it can to finish the season,” said the Tottenham Hotspur striker. “There needs to be a point where enough is enough. Probably the limit for me is the end of June.”

“If it isn’t completed by the end of June, we should look at the options and look forward to next season otherwise I feel it will have such a knock-on effect to next year, the Euros, then the World Cup in 2022.”

Most Premier League clubs have nine games remaining in the 2019-20 campaign. Liverpool are 25 points clear of second-placed Manchester City at the top of the table, while Bournemouth, Aston Villa and Norwich City occupy the relegation places.

Speaking to Sky Sports, Kane said: “”We may have to say, ‘we can’t finish it’. Going into July and August and pushing next season back, I don’t really see too much benefit in doing that.

“Obviously I don’t know too much about behind the scenes and financially. If the season’s not completed by the end of June we need to look at the options and just look forward to next season.”

Kane, who is under contract at Spurs until 2024, also said he could leave the club if it doesn’t win trophies “sooner rather than later”.

Tottenham have been knocked out of all cup competitions this season and were eighth in the Premier League under manager Jose Mourinho before football was wiped off the map. The club’s last trophy was the League Cup in 2008.

“I’m an ambitious player, I want to improve and become better,” said Kane. “I want to become a top, top player. It’s not a definite that ‘I’m going to stay there forever.’ But it’s not a ‘no’ either.

“I’ve always said if I don’t feel like we’re progressing as a team or going in the right direction, I’m not someone to stay there just for the sake of it.”