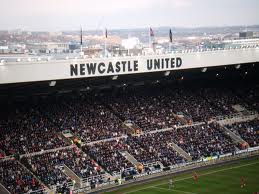 March 31 – Newcastle United have reportedly become the first Premier League club to place their non-playing staff on temporary leave because of the coronavirus pandemic.

The professional game in England has been suspended until April 30 at the earliest, while a number of non-league divisions have had their seasons ended.

Now Newcastle have now reportedly laid off employees and referred them to the British government’s scheme under which furloughed staff are entitled to claim 80% of their monthly wage up to £2,500.

Reports say Newcastle managing director Lee Charnley emailed staff on Monday to say the decision was taken to safeguard the club’s future but there has been no confirmation.

Newcastle players, who earn a reported average of £40,120 a week, will still apparently continue to be paid their full salaries.

In January, talks emerged of a £340 million sale of the club to the Saudi Arabian Public Investment Fund (PIF)  but there has been little news of that since.